In this article, we’re going to take a look at three iconic pieces of consumer gadgetry from the 1990s, and analyse what it was about their user experience design that made them so popular.

We’ll examine the Psion Series 3 line of palmtop computers, the much-loved Nokia 5110 cellphone, and the PalmPilot personal digital assistant (PDA), the last of which helped to push the mobile device sector towards embracing touch screens and gesture input.

Picking up where we left off in our Getting Started in UX Design article, we’ll analyse how each device matches up to the UX honeycomb, and conclude by asking how these products succeeded, why they declined, and what today’s UX designers can learn from them. 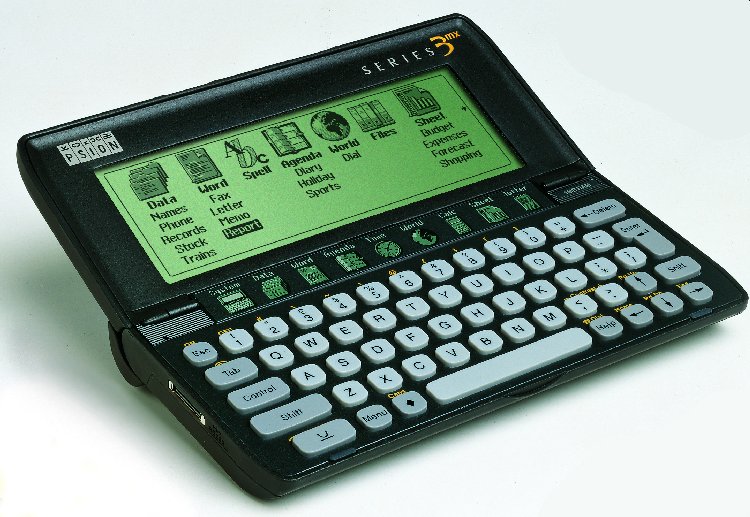 Founded in 1980, Psion was a British company that for its first 20 years in business focused on the manufacture of handheld computers for personal, business, and industrial use. One of its most popular and well known lines was the “Series 3” devices (3, 3a, 3c, and 3mx). As physical products, they were palm-sized – 6.5 inches wide by 0.8 inches thick when closed.

Particularly for those of us whose entire adult lives have revolved around the smartphone, it’s interesting to note how different the design process was for Psion in the 1990s. For reasons of cost and efficiency, today’s mobile devices are usually built using off-the-shelf components (mass-produced processors, screens, and software that are used in hundreds of product lines).

Series 3 devices were being developed and released in an age when there simply wasn’t this level of standardization and choice in device components. The parts in Psion products were therefore designed and manufactured for the exact purpose they were going to serve in the Series 3. Although this meant higher research and manufacturing costs, the result was a product design that feels coherent, robust, unique, and genuinely purpose-built.

How does the Psion Series 3 UX stack up?

What happened to the Psion Series 3?

The Series 3 range was followed in 1997 by the release of the ambitious Series 5. Even today the sophistication of the keyboard on the Series 5 is jaw-dropping, and certainly unsurpassed in the palmtop form factor. The device also introduced a stylus-driven touchscreen. 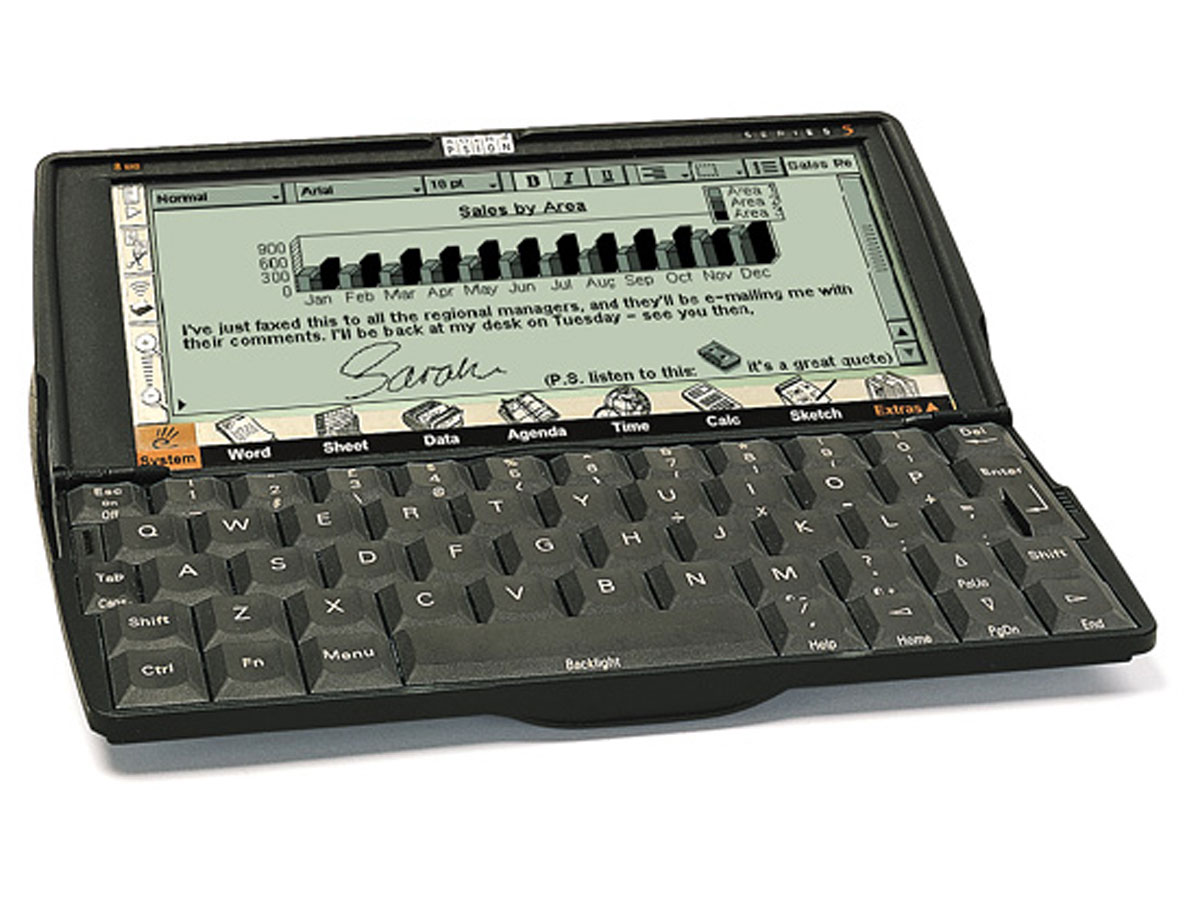 While successful, the Series 5 ran into hardware reliability problems. The OS, although still sophisticated and attractive, lost some of the distinctiveness and elegance of the Series 3. Trying to bridge the gap with the growing functionality of PC laptops running Windows 95, Psion began to lose some of its cachet.

Struggling to compete in a market that was developing and globalising rapidly, Psion exited PDA manufacturing in 2001 to focus on software development and industrial products. The company effectively closed in 2012, when it was bought by Motorola. 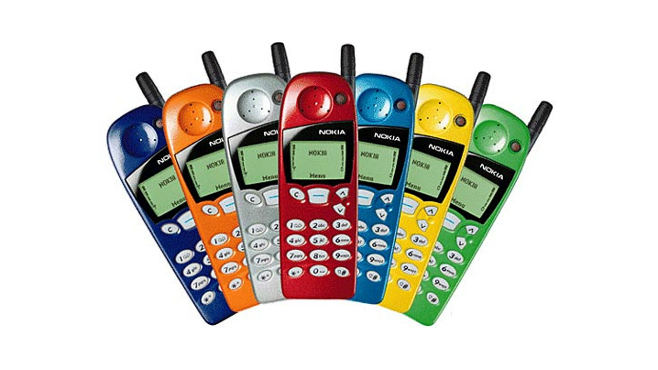 Released in 1998, the 5110 became one of Nokia’s all-time most popular and profitable phones. This generation of technology, of course, bears very little resemblance to the smartphones we use today. In fact, pretty much everything about them has changed apart from their basic function (making voice calls).

The 5110 was followed up with a number of other successful phones, including the 8210, 1100, and 3310. What these models all had in common was an unsophisticated but highly effective user interface, which maximized the functionality of the keypad through T9 predictive text algorithms and smart menu structures. 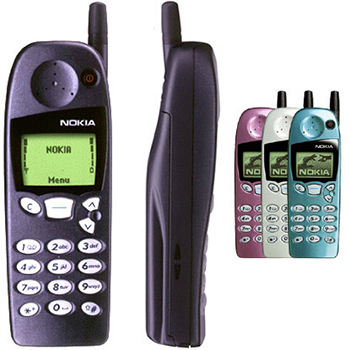 It’s no coincidence that when Nokia began to depart from the slick, simple approach to UI embodied by the 5110, its stock began to fall. Early signs of the company’s decline came in 2004, when it released devices like the unspeakably ugly Nokia 6670. This model combined a bulky, uncomfortable handset design with a poorly implemented OS (Symbian 7). The lesson? In a highly competitive and fast-moving marketplace like mobile phones, undermining the user experience of your product can quickly undermine an entire brand.

Type of device: Personal Digital Assistant (PDA)
Years in production: 1996 to about 2010

The PalmPilot was one of a range of devices of a similar design. The identity and ownership of the company shifted, with devices being badged with US Robotics, 3Com, Palm, and HP logos.

The original, highly innovative PalmPilot 1000 was released in 1996. Its size and portrait form factor resembled a paper notepad, immediately making it visually distinctive. What’s more, it introduced the ability to enter text by writing with a stylus directly onto the device. However, to take advantage of this feature, users had to learn a special set of writing-based gestures (called “Graffiti”). 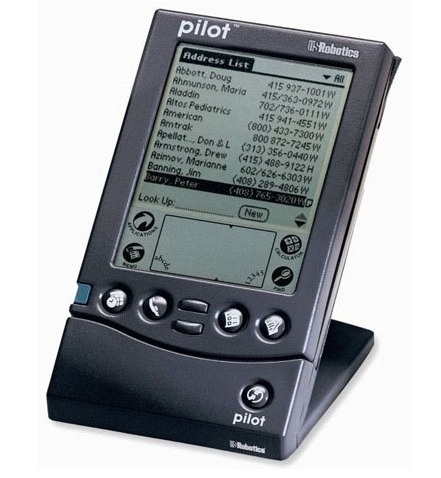 How good was the PalmPilot’s UX design? 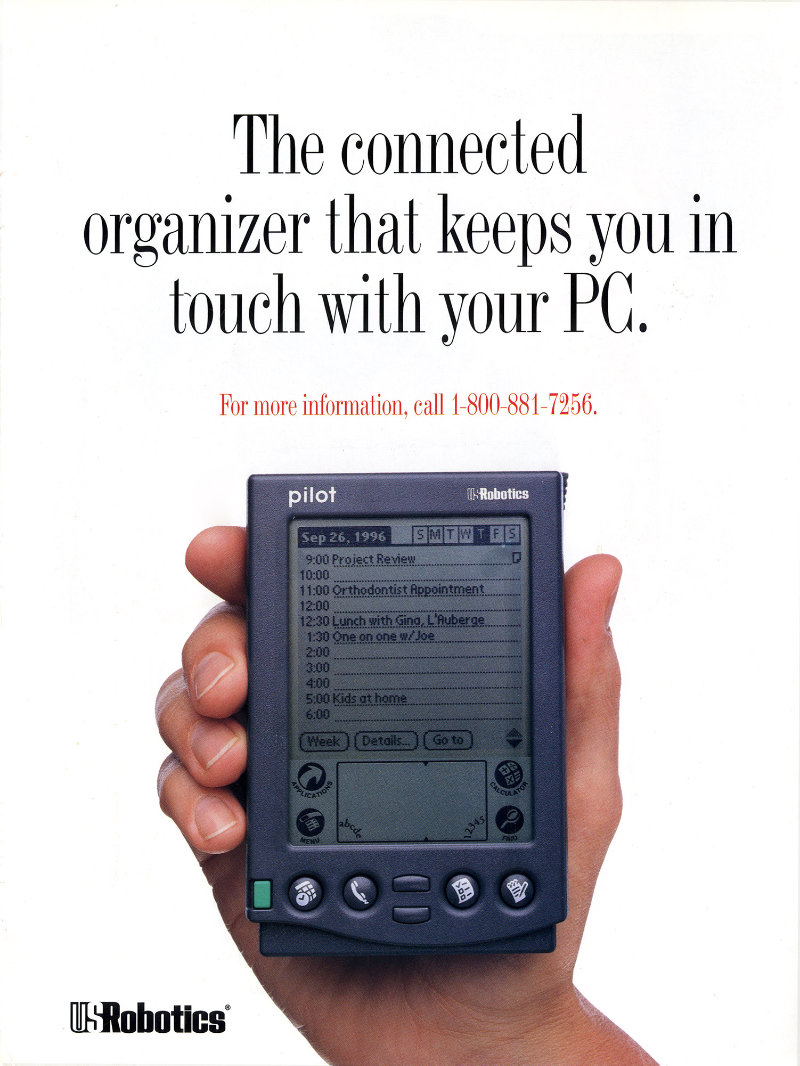 What happened to the PalmPilot?

Of the three devices we’ve looked at in this article, the PalmPilot was perhaps the one best placed to transition into the smartphone market. By the time Palm released the Treo 700p in 2006, the PalmPilot had developed into a device resembling the Blackberry. Again, note the importance to the user of a QWERTY keyboard (whether physical or on-screen). Given the challenges of the mobile device market in the 2000s, Palm certainly had some staying power, holding their own until the iPhone disrupted the market in 2007. Failing to make an impact with the Palm Pre in 2009, Palm was bought up by HP the following year.

What can we learn from the UX design of these devices?

One of the drawbacks of our current technological age is that true innovation is not always commercially valuable. Genuinely new design approaches invariably come with commercial risk, while copying practices that have proven functional and commercial success can seem like a secure route to profit. For this reason, we see lots of apps and website design which, although individually still tailored to their particular market, end up looking and functioning in a very similar way.

Looking back at the best tech designs from the past couple of decades should make us ask whether good UI is always about simplification. There’s a quotation attributed to Einstein: “As simple as possible, but no simpler.” What’s important is meeting user needs in the way that the user needs them to be met. Some people think that the Amazon website is visually cluttered and therefore not well-designed. In reality, its design is expertly crafted to meet its users’ needs – one of the reasons that Amazon is now the fourth-largest US company.

The most successful products identify a user’s goals before the user is even aware that they have them. Very few people knew that they wanted to carry around tens of thousands of songs in their pocket until Apple released the iPod and told them that they did. But they were right.

The devices we’ve looked at here by Psion, Nokia and Palm are a reminder of the design value of innovation, experimentation, and risk-taking – even if that comes at a commercial cost. These devices offered important insights into user preferences and behaviors, and set the stage for devices like the iPhone. In many ways, Apple’s release of the iPhone optimised the most successful aspects of these devices (touch screen, intuitive apps, gesture support, QWERTY keyboard), and integrated them into a beautiful, desirable mass market product.

Are you interested in shaping how users interact with their world like these products have? Designlab offers online design education and mentoring in UI and UX Design, both through short foundational courses like Design 101, and through in-depth programs like UX Academy. Sound good? Find out more!