Best of the Blog, UX Design

Ask anyone who’s recently browsed design job listings, and they’ll tell you that the demand for UX designers is high. More importantly, the demands made of those designers are constantly shifting in light of new and improved technologies, and in response to changing user needs.

In this article we’re going to explore what UX design is, and how it’s different from user interface (UI) and visual design. To help those deciding whether to embark on the journey of becoming a UX designer, we’ll demystify core UX terminology, introduce some key tools, and point to further reading and resources so you can continue your learning.

But what UX usually refers to in today’s market is digital user experience. That’s to say, how people interact with and feel about digital products — including websites, mobile apps, and electronic devices.

Jennifer Aldrich from Invision has given the following definition of UX design:

UX design is about having complete understanding of the user. UX designers will conduct intensive user research, craft user personas and conduct performance testing and usability testing to see which designs are most effective at getting a user to their end goal in the most delightful way possible.

Don Norman, who coined the term “user experience design”, established a UX Architects’ office while he worked at Apple in the 1990s. He explains:

I invented the term because I thought human interface and usability were too narrow. I wanted to cover all aspects of the person’s experience with the system including industrial design, graphics, the interface, the physical interaction, and the manual.

Norman also expresses some reservations about more recent usage of the term, saying that he believes it is again becoming too narrow — focusing on individual websites or apps rather than the whole context in which that particular experience happens.

To understand what he means, consider how Apple have in recent years crafted a user experience that extends far beyond their personal computers. They have harmonised UX across not only their product range, but also their OS, accessories, apps, advertising, website, physical and online stores, and even typography. All of these aspects of the Apple brand enrich any single user interaction with a device or app.

With this in mind, it’s instructive to think of true UX design as taking in as deep and holistic an understanding of the user’s goals as possible.

2. What is the difference between UX and UI (User Interface) Design?

One source of confusion when first looking into UX design is the proliferation of UX-related job titles. Here we’ll explain the difference between UX and User Interface (UI) design, although in reality often a single person will fulfil both of these roles. Even when they are performed by different designers, there is still likely to be a lot of overlap — for example, when it comes to user testing.

Why is there so much specialization?

There are a number of reasons why people have come to specialise as UX, UI, or visual designers. Above all, design has to adapt to technological innovations and enhancements, and respond to changing user demands.

What’s more, it has to do this considerably more quickly than in the past. Twenty years ago, we might have bought a software package and not expected to receive any updates or bug fixes for literally years (ahem Windows 95). Today, many mobile apps push out significant updates, fixes, and improvements every week, if not every day.

Establishing a division of labor between experience design, interface design, and visual design, makes it possible to complete these updates faster, with greater focus, and better expertise.

The need for specialisation is a feature of contemporary technology and culture. The demand for constant product enhancement is only going to increase. If you’re worried about over-specialising, just ensure that you have sound graphic design fundamentals and you will always be able to adapt your skills to a new area if required. (In other words, be a T-shaped designer!)

3. What is a good user experience?

When a UX or UI designer begins a project, their overall aim is to create a product which will allow the user to meet their goals as efficiently and enjoyably as possible.

But what features of a user experience design allow this to happen? Peter Morville of Semantic Studios describes how he and his colleagues devised this “UX honeycomb”: 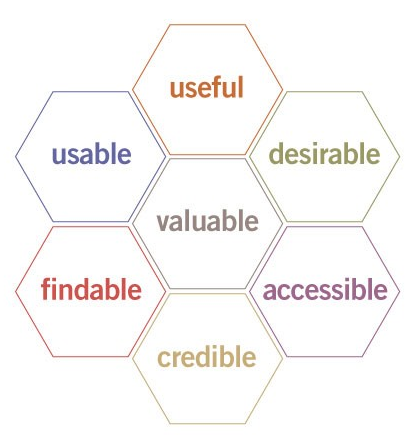 Let’s try to understand these by way of an example. Suppose we are building an app that promises to find you somewhere local to service your bicycle, and then allows you to book an appointment. 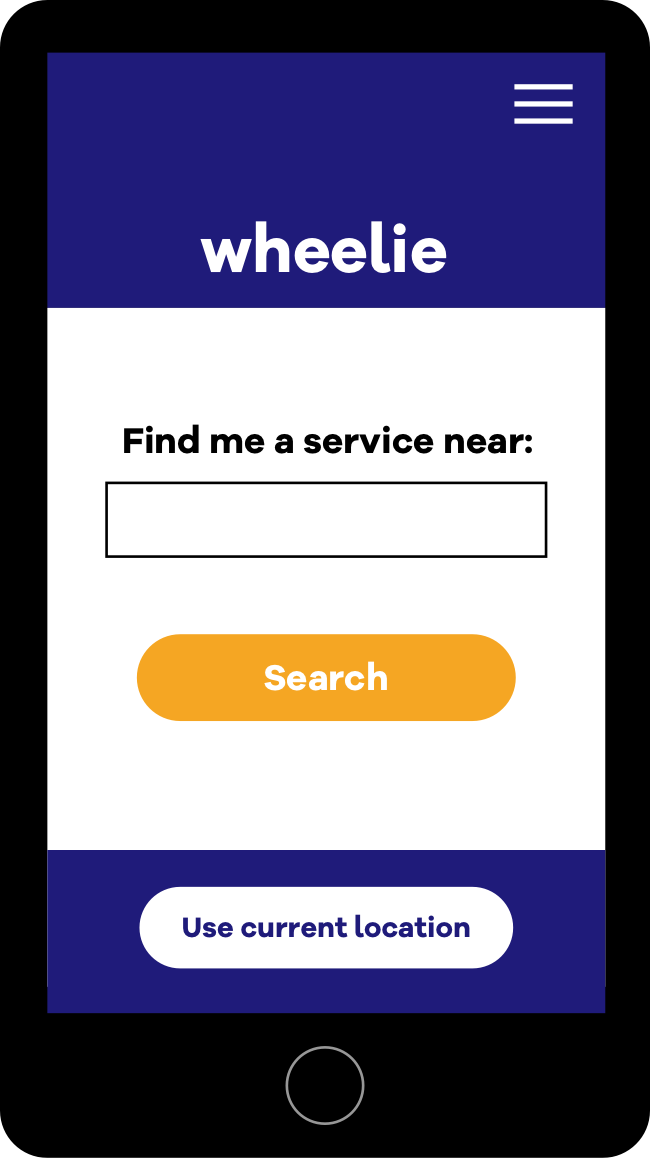 This article has offered a basic introduction to UX design — what it is, what good user experience is, as well as some key UX terms, tools, and books. If you want to learn more, video-led courses are available from many online providers, including Coursera, Lynda, and Creativelive.

We offer a UX Academy program. Working one-to-one with a design mentor, students receive feedback on a portfolio of UX projects through a dedicated online platform, community critique sessions, and Skype meetings. Find out more!