Learn all about the main tasks, skills, and responsibilities of a UI designer, and how you can get started in this career field.

User Interface (UI) Designers are responsible for the look and feel of a product, website, or app. They work with teams of product managers, UX designers, and developers to create high-fidelity screens and prototypes that represent how the product will look and function once it's released to the public.

But what exactly does that mean, and what does it look like on a day-to-day basis?

In this article, we'll take a look at:

What is UI Design? An Introduction

User Interface (UI) design is the process of designing user interfaces for digital products, websites, or apps. UI designers work with teams of product managers, UX designers, and developers to create high-fidelity screens and prototypes that represent how the product will look and function once it's released to the public.

The goal of UI design is to create a user interface that is both effective and appealing to users. An effective UI must be intuitive (easy to use and understand), combined with a visual aesthetic that is inviting to ideal users and builds on the product's brand identity. 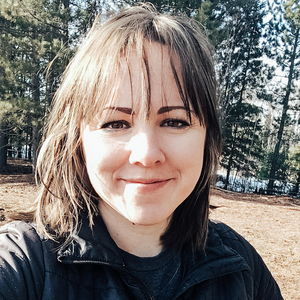 What Does a UI Designer Do?

UI design is only one part of the product design process. It takes the conceptual user flow and wireframe (or low-fi interface design), and turns it into a pixel-perfect design that can evolve into a working prototype for usability testing. Once any final changes are made, the design is then handed off to the development team.

Some of the common tasks and responsibilities of a UI designer include:

It's worth noting that not all UI design positions are strictly composed of UI design work. Many are actually a crossover role that might require anything from UX design skills to front end development (which includes implementing your designs with code), or even brand identity and graphic design work. We'll talk more about what to look for in a job role in a moment.

Learn More: What is the Difference Between UX and UI Design?

How Do UI Designers Collaborate?

In general, UI designers collaborate with:

UI designers must also collaborate with other team members, such as marketing, sales, and customer support, in order to ensure that the product meets the needs of all users.

Within a smaller company or startup, however, you might find that there is a single UX/UI design role, which is responsible for the entire product design process, including some product management components.

There are certain hard and soft skills that are required for the day-to-day work of a UI designer.

Hard Skills of a UI Designer

UI designers typically have a suite of hard skills centered on visual design and research. Hard skills form the technical side of working as a UI designer. They are all learnable, whether by spending hours of searching through Google, or signing up for a UI design course.

Some of the hard skills required for UI design work include:

As you pursue a career as a UI designer, you'll find that it's beneficial to round out your design skills with additional understanding of the product design process. Most UI designers also have a strong foundation in UX design and research. Additionally, many learn technical skills like front-end development, so you can collaborate on a higher level during the handoff process.

Soft Skills of a UI Designer

The soft skills of a UI designer tend to focus on communication and attention to detail, since their role is to take complex ideas and create pixel-perfect, user-friendly designs out of these ideas.

Some of the soft skills required for UI design work include:

Unlike hard skills, you can’t just follow a step-by-step tutorial to learn a soft skill that can then be added to your resume. Instead, these require intentional shifts in your daily work habits, and will grow over time (and with constructive feedback from team members).

Because of this, companies tend to look for candidates who can demonstrate a strong set of soft skills throughout their interview process, and will often reject applicants who lack them.

There are a variety of different UI design tools available, each with its own strengths and weaknesses.

Some of the most popular UI design tools include:

Adobe Photoshop: A powerful image editing software that can be used to create mockups and prototypes. However, there is a significant learning curve.

Figma: A vector-based design and prototyping tool that’s specifically intended for UX and UI design work. It is relatively easy to learn and use.

InVision: A prototyping tool that allows you to quickly create high-fidelity prototypes. It can work alongside both Photoshop and Figma, if necessary.

Salary Expectations for a UI Designer

What can you expect to make as a UI designer? Like most industries, this depends on various factors, including:

Glassdoor, for example, provides helpful, data-backed estimates like this one, which takes a look at UI design salaries from across the United States (updated December 2021):

The outlook for a career in UI design is positive—and continues to grow as more and more companies face an increasingly competitive landscape for websites, digital products, and apps. The demand for UI designers is expected to grow in the coming years as more companies invest in creating appealing and user-friendly digital products.

Other UI designers start out as entry-level or junior developers and then transition into a role as a senior developer or lead developer.

Finally, some UI designers choose to specialize in a particular area, such as mobile app design or web design.

Learn More: The UX Designer Career Path: Tips for Your Journey from Portfolio to Promotion

How to Become a UI Designer

Excited about becoming a UI Designer? Regardless of which specialization you might be interested in further down the road, it's a good idea to establish a strong foundation in both UI and UX design, and then determine your specialization.

UX Academy Foundations is a great first step towards becoming a successful UI designer, since it teaches the basics of visual and UI design and gives you the opportunity to practice your skills with real-world projects and 1-1 mentorship with an experienced designer. Enroll today to start your career-changing journey!