In March we welcomed the Johnston Cohort to UX Academy. They take their name from the famous typeface created for London’s Underground!

It was designed by Edward Johnston just over a hundred years ago—as was the distinctive “roundel” device that is used to signify stations around the network (pictured above). 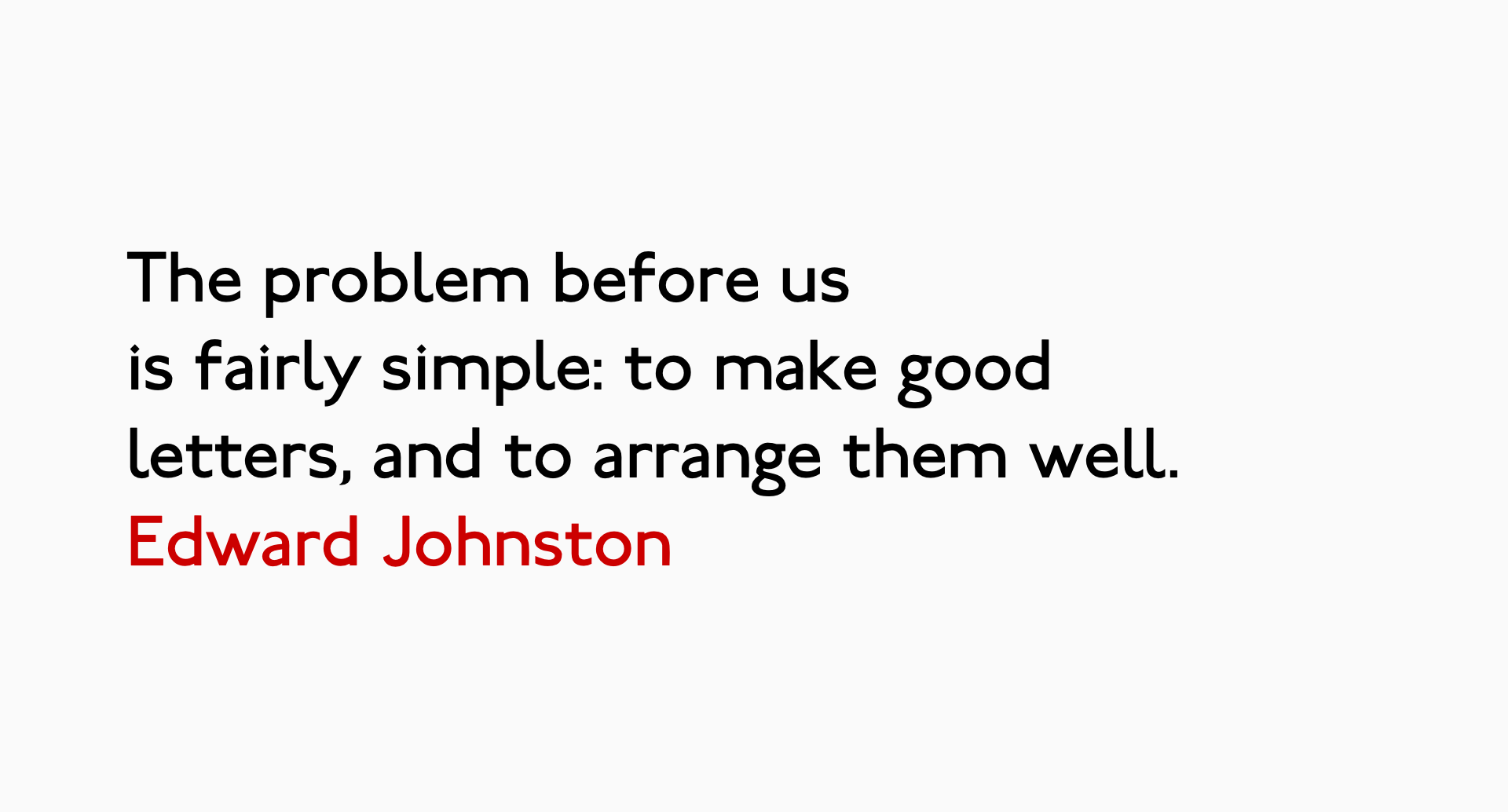 Johnston had a background in art, specifically calligraphy and lettering, rather than type design, which at the time was still strongly associated with hot metal printing.

Nevertheless, in 1913 he was commissioned to design a typeface for use on the Underground network. Johnston’s solution was a highly legible sans-serif, notable for achieving significant levels of accessibility in an era when legibility was not yet well understood in scientific terms. 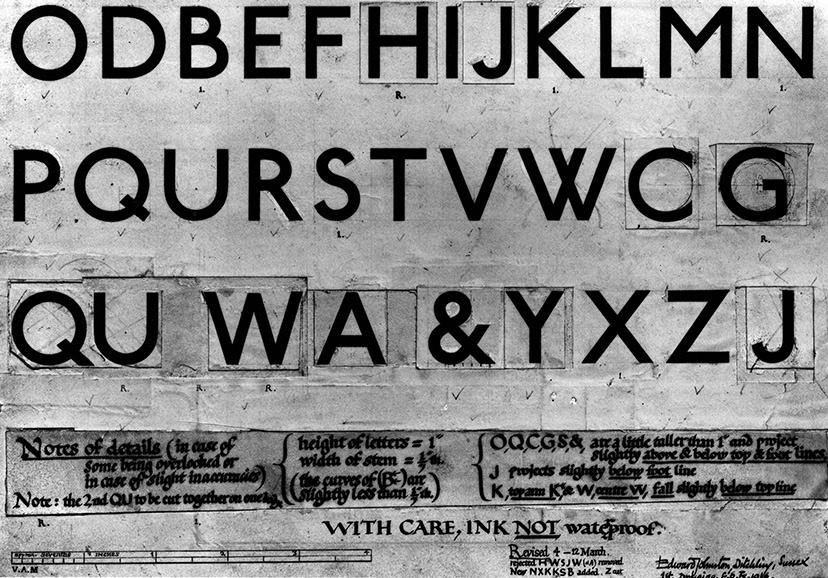 One of Johnston’s original proofs for the new typeface

Johnston’s instincts about legibility included the use of a medium-weight sans serif style, and the use of mixed case rather than uppercase, which had been the norm in signage up to that point. These hunches were proven in user research conducted during the development of the “Transport” typeface nearly fifty years later. Transport was another British commission, this time for the road network, and was developed by Margaret Calvert and Jock Kinnear.

Technically, the Johnston typeface was the first of the “humanist” classification of sans-serifs. Humanist fonts build on the letterforms of traditional serif fonts, but lack their serifs and stroke contrast. 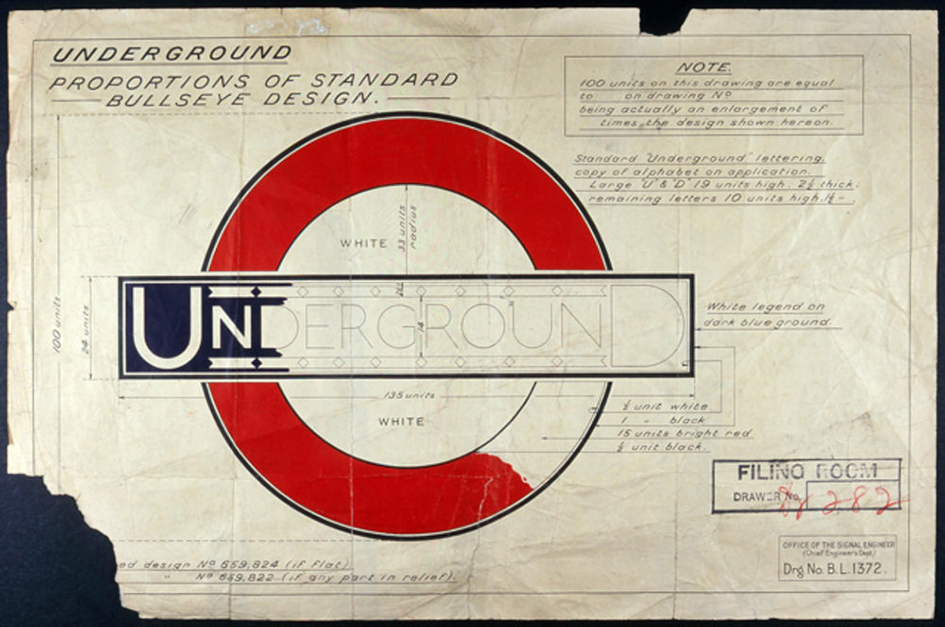 Johnston’s work-in-progress on the roundel redesign, which would incorporate the new typeface

It should be noted that Johnston’s survival is arguably owed to one Eichii Kono, a young Japanese designer who was hired in the 1970s to update Johnston, which was widely regarded as outdated and due for replacement. His work modernized the font, increasing its x-height and adding extra characters. Without Kono’s efforts, Johnston may well have been replaced.

For the centenary of Johnston, the font was again redrawn and updated with new characters for the digital age. Johnston remains in use today, making it one of the longest-serving commercial typefaces created for a brand. 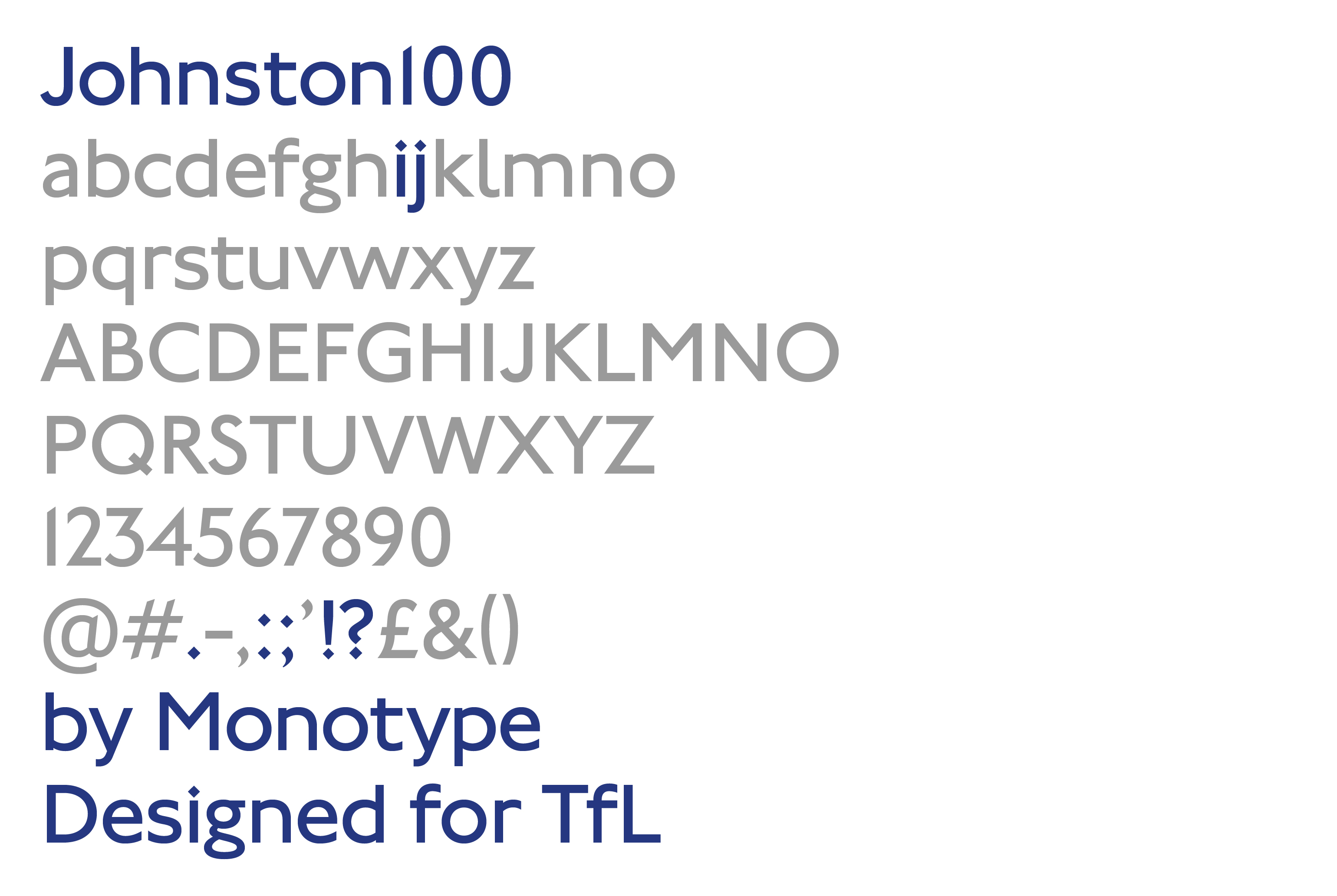