Nothing gets us designers talking quite like the overhaul of a prominent company’s visual identity. In this article, we’re taking a look at three of our favorite rebrands of 2017 so far: Mozilla, a non-profit web project best known for the open-source Firefox browser; the British charity Alzheimer’s Society; and Southern Living, an American magazine and lifestyle brand. 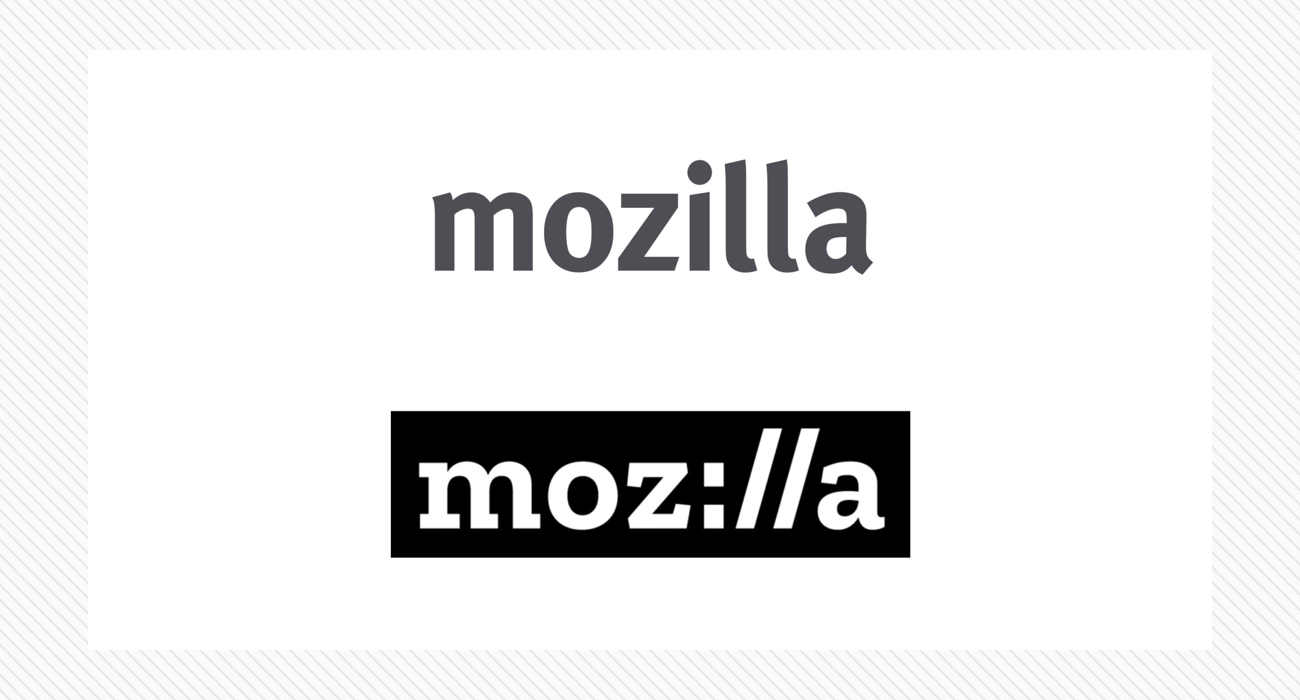 The Mozilla project began in 1998, with a mission to drive web browser innovation. It brought programmers together to work on a range of open source projects, providing free products for the public good, like the celebrated Firefox web browser. The release of Firefox was something of a watershed for the internet, and marked the beginning of the end for Microsoft's Internet Explorer, which at the time commanded over 90% of the browser market.

Mozilla’s old wordmark (see above, top) was very Web 2.0, set in Erik Spiekermann’s brilliant but ubiquitous typeface FF Meta, which Under Consideration describes as “the Helvetica of the early 2000s”. Last year, Mozilla commissioned the design firm Johnson Banks for a major rebrand. Consistent with Mozilla’s values, initial logo ideas were crowdsourced, and the subsequent brand development was itself conducted in the open.

Key to choosing the final direction, which Johnson Banks named “Protocol” (see above, bottom), was the amount of user research that went in to the design process. Protocol performed well in user research, but another design, “Burst”, was also unexpectedly successful with a key target group not currently engaged with Mozilla’s products. You can read Johnson Banks’ summary of the “roads not taken” on their website.

This user testing process led the team to an initially crude combination of the Protocol and Burst design directions. This evolved into the final brand system, which combines the geeky typography of the moz://a wordmark with colourful bursts of graphics, which feel like they’ve been grabbed straight from a Google images search: 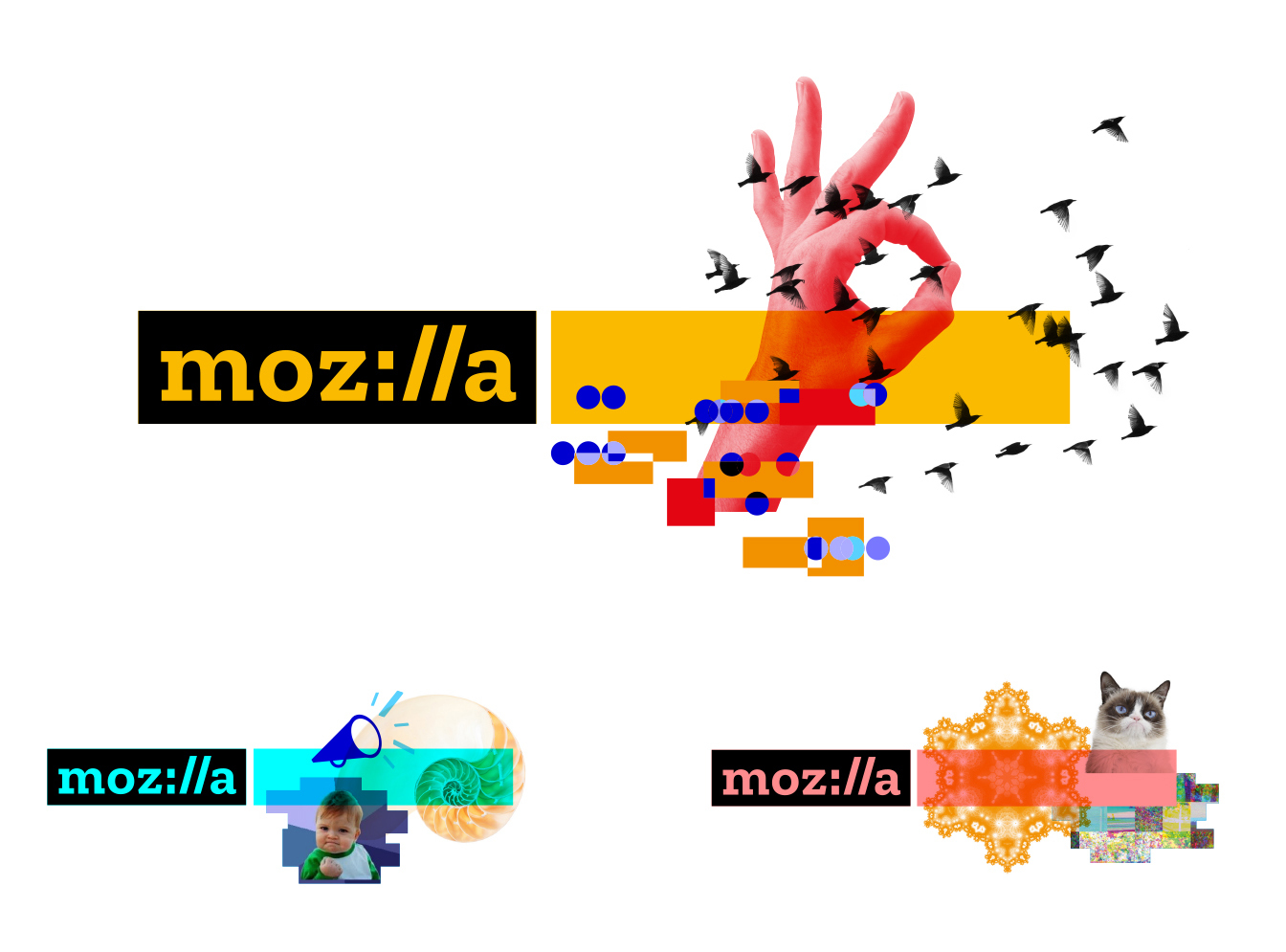 Before this rebrand, Mozilla had perhaps receded from the internet’s consciousness somewhat. Following its popularity in the mid-2000s, Firefox’s cool factor was usurped by emerging tech giants. Building on Mozilla’s work, Google developed an innovative and versatile browser platform (Chrome) that even spawned its own range of mini-apps (Chrome Apps) and hardware (Chromebooks), and Apple, of course, created the Safari browser for Mac OS.

The visual identity that Johnson Banks have delivered for Mozilla certainly conveys a movement rediscovering its mojo – though it remains to be seen whether the organisation can deliver innovation to match today’s very different, more regulated, more commercialized web. 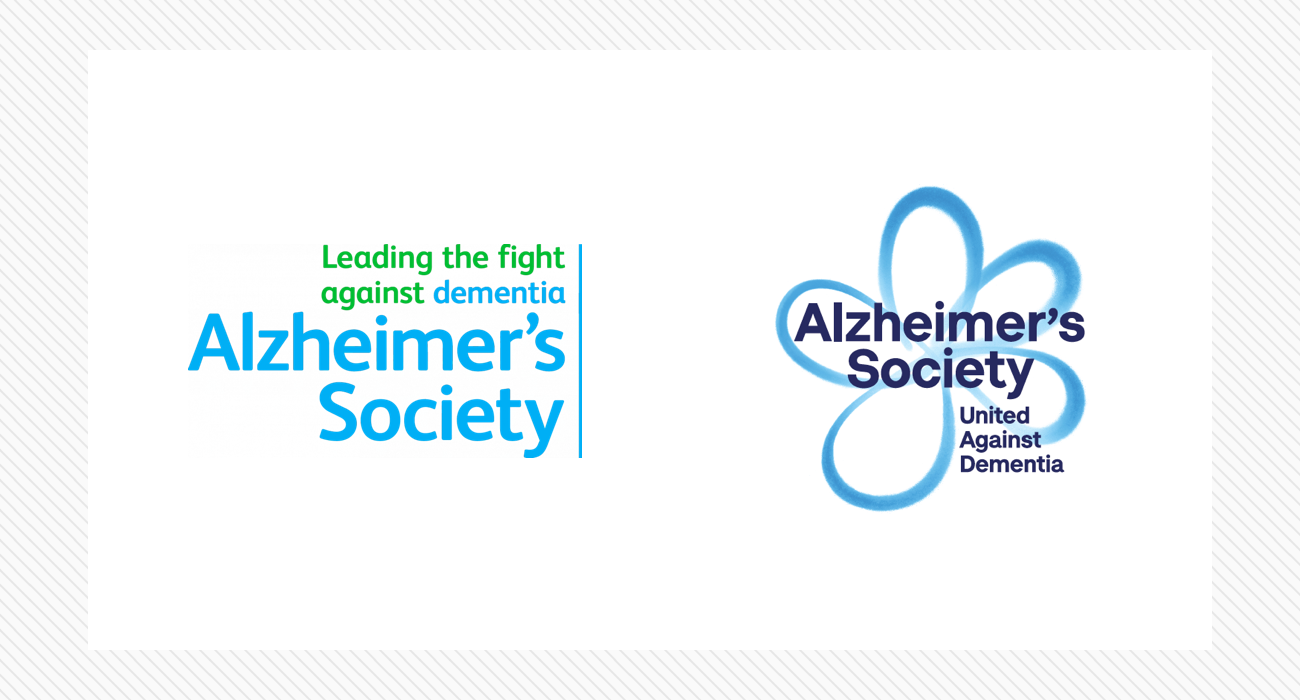 As charities go, its work is very much in the public eye, and its logo is crucial. Overhauling this brand identity must therefore have been a creative challenge for the consultancy Heavenly, who were commissioned to lead the redesign.

One of the biggest of these challenges was that the charity’s old identity already had high levels of brand recognition. The old wordmark (left) had intrinsically distinctive qualities, including its consistent use of a striking blue and green color scheme, recognisable from the t-shirts worn by participants on its fundraising walks, runs, and bike rides. The old logo also used a friendly sans-serif typeface, and a quirky layout, with the text pushed up against a hard (if perhaps rather meaningless) vertical stroke.

In my view, the new logo is a success largely because it manages to retain this brand recognition. When I first saw the new graphic (by accident, in an advert), I still clocked it immediately as “the Alzheimer’s Society”, because key aspects of the previous design's appearance and structure are still there:

One thing I’m slightly unsure of is the choice of typography. It works, but is more austere than it might be. As well as being a little less approachable, it has a slightly generic, Circular-esque feel (that typeface you’ve been seeing everywhere over the past couple of years). The loss of green in the logo in favour of all blue also makes the identity a little colder overall.

The background graphic, though, is a very nice touch. The flower is a forget-me-not, directly referencing the memory loss that sufferers of dementia experience, as well as conveying a campaign plea for dementia sufferers and their carers not to be forgotten by wider society. Its soft, ephemeral texture is a welcome and original break with the current fashion for extremely flat, textureless logo designs, allowing this mark to stand out in a crowded sector.

Read more over at Design Week, where you can also explore Heavenly’s great application of this logo across the whole brand system. 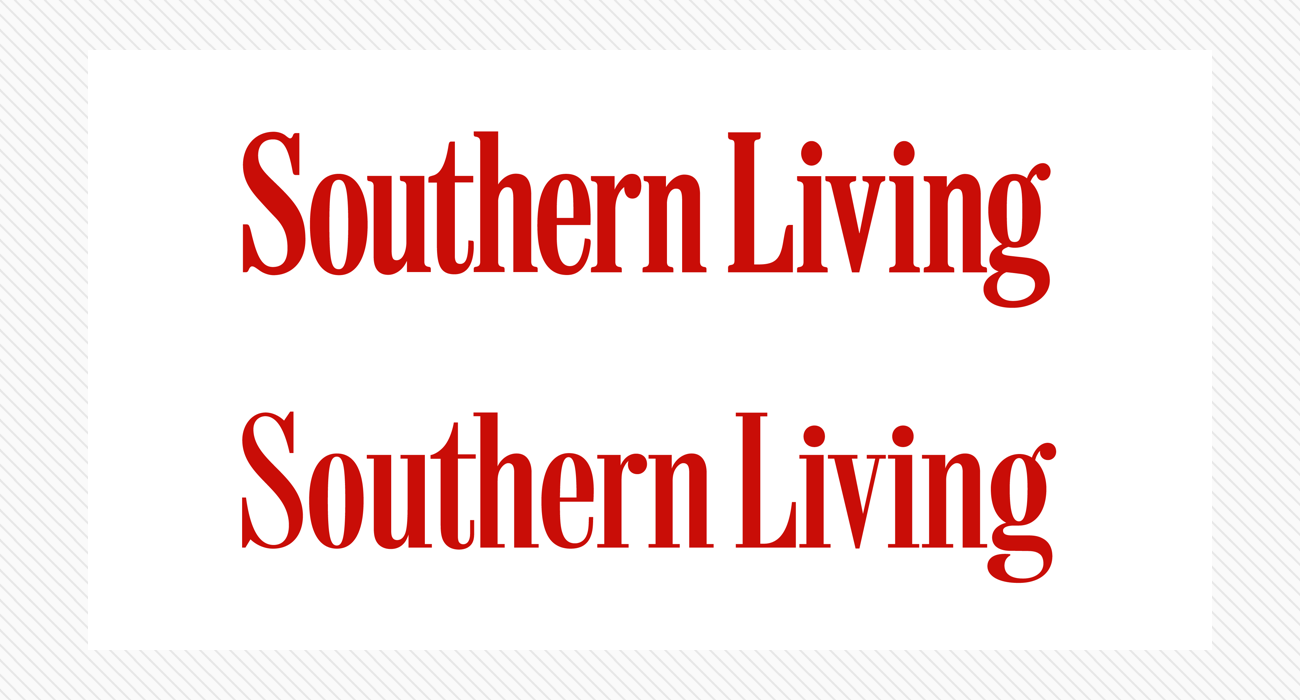 Southern Living’s recent rebrand, led by the lettering artist and author Jessica Hische, consolidates their existing identity. Highly respected for her lettering work, Hische took the old wordmark and improved it with some subtle updates.

She has added lovely visual finesse, such as the updated, opened-up loop on the lowercase “g”; as well as some understated visual humor, like the two right-facing feet on the bottom of the lowercase “h”.

The serifs have also been converted from heavy, bracketed serifs, into more economical slabs. Overall, the type has been made lighter, and the kerning relaxed ever so slightly. These changes make the wordmark much more suitable for screen use, particularly at small sizes.

This project shows that not all rebrands need to be dramatic, and that being commissioned for a new logo doesn’t necessarily mean that what the company needs is a whole new direction. What any client needs from a designer is their expert advice — not necessarily to execute what they think they need.

Outstanding in its subtlety and sensitivity, this redesign also stands as a reminder to clients and designers alike: if it ain’t broke, don’t fix it.

For more detail, check out Jessica Hische’s write-up of the project.

Want to learn more about brand design? We offer a range of design short courses as well as an advanced UX Academy program.

Working 1-on-1 with an expert design mentor, students receive feedback on a portfolio of UX projects through a dedicated online platform, community critique sessions, and Skype meetings. Find out more!​