This month we’re checking in with Olga Bolshchikova, a graduate of the Norman Cohort of UX Academy.

Olga switched countries and careers to land a UX design job at the age of 50. Her story’s pretty incredible, so let’s dive right in!

Hi Olga! What were you doing before UX Academy?

It’s a long story! I have over 30 years of working experience in total. My degree is in Engineering, and for 8 years I worked as a process engineer at a plant producing equipment for the gas, oil, and petrochemical industry. I also spent some time as a Production Manager in an industrial bakery.

After the bakery closed down, I ended up getting hired as a Secretary and Typesetter by a publishing house. And it’s there that I discovered how designers worked. To me, they were magicians—wizards, creating beautiful illustrations, collages, and magazine pages on a blank screen.

Eventually, the creative part of me won over the technical part, and I decided to study design on my own. This was before the age of YouTube tutorials, so I read books and magazines about design and desktop publishing instead! This enabled me to get a job as a designer at another publishing house, and for over 15 years I was handling the editorial design and production of five monthly scientific journals.

Creativity is an inherent part of my life. As a child, I played the piano at a music school and studied ballet. I love singing, so I learned the guitar to accompany myself. At university, I was a member of the student stand-up comedy studio and won quite a few vocal contests! And to this day, I’m a crafter—you can find my hobby at niftyknits.org. 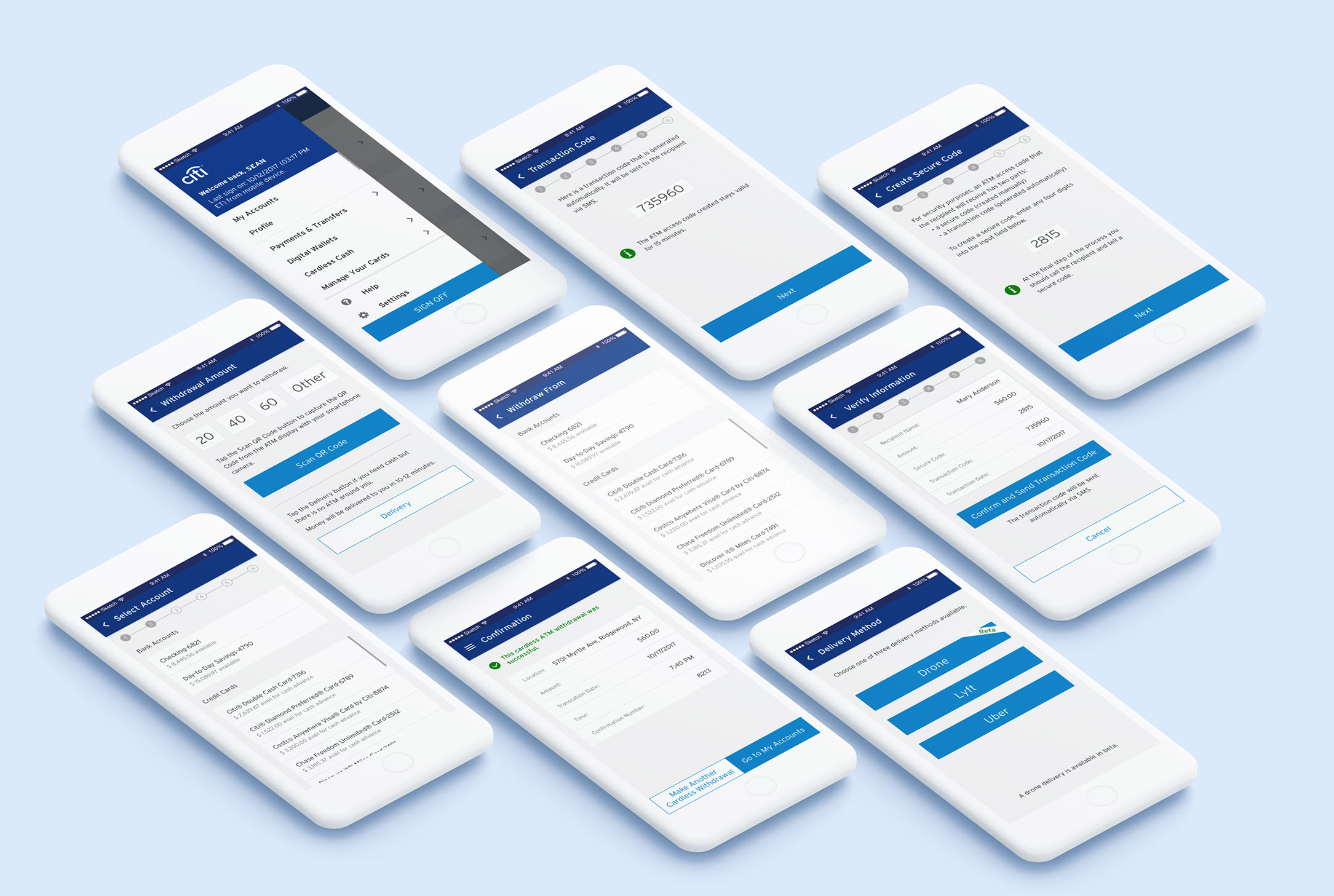 After 15 years of experience as a graphic designer, what made you want to change the focus of your work to UX design? What challenges did you face?

Four years ago, my husband and I radically changed our life when we decided to move from Russia to America. It was very hard for me to break away from the place where I had lived for 50 years. But I am glad that we made that very difficult decision.

I challenged myself to embrace a new day-to-day life, and overcame the initial culture shock.  My English skills were somewhere around zero, so I learned English, again on my own. I started looking for a job, but I failed to land a graphic design job because of lack of relevant work experience that met American standards.

My portfolio at the time was full of boring scientific journals with tons of text, tables and charts. I didn’t have any projects that could grab a hiring manager’s attention. The lack of communication skills was also a huge obstacle, because I hardly understood what recruiters were talking about. On one occasion, a recruiter openly said to me that I should focus on learning English and not look for a job. However, I kept doing both.

When browsing job boards, I often came across UX designer positions. That interested me a lot—I felt like it could be exactly what I wanted to do, and that I could do it well. I knew I would need to study again—but this time, I didn’t want to study on my own. I was a self-taught designer, and for that reason I had always been dissatisfied with my knowledge and insecure in what I knew.

However, I couldn't afford to go to a college or university. I needed fast, high-quality online course. I did my research and found Designlab, initially taking two of the short 4-week courses. They were quite informative and useful, but I realized that they weren’t enough for me to become a strong and confident UX designer.

At that point, I applied for UX Academy, but wasn’t sure I would be accepted—I wasn’t sure if my English was good enough, and also worried that age would be a barrier. Thankfully, neither was an issue, and I became a student in the Norman Cohort. (By the way, the notes I made during the short courses helped a lot while studying in UX Academy, because there were some areas of repetition—and, as the sages say, repetition creates mastery.)

Interact with the prototype!

What role did your mentors play in preparing you for jobs in UX design? In your experience, what do you think the most important traits are in a mentor?

Mary Shaw, my Phase 1 mentor, and Chris Thelwell, my Phase 2 mentor, played a huge role. I will never get tired of repeating my deep gratitude to both of them.

They were able to inspire me with strength and confidence to know that I am not an old lady with no relevant work experience and poor English, but an energetic UX designer with a wealth of graphic design experience. That meant a lot. They both generously shared their knowledge, offered regular advice, and always pushed me to do little more and go a bit further than the curriculum required.

I believe that, in addition to a high level of professionalism, a good mentor also needs to be a psychologist: at the very first meeting, a mentor has to understand the student’s personality, understand their problems, and define ways how to help to overcome them. It’s a hard task.

UX Academy can be a pretty intensive time commitment, particularly when the pressure’s on to look for jobs as well. How did you deal with the pressure and overcome the challenges and low points?

While working at the publishing house, we had very strict deadlines, so I was used to the pressure. I’m also an organized and responsible person: if I have to do some work, I will keep at it until the job is done. Only after that does the exhaustion hit me. 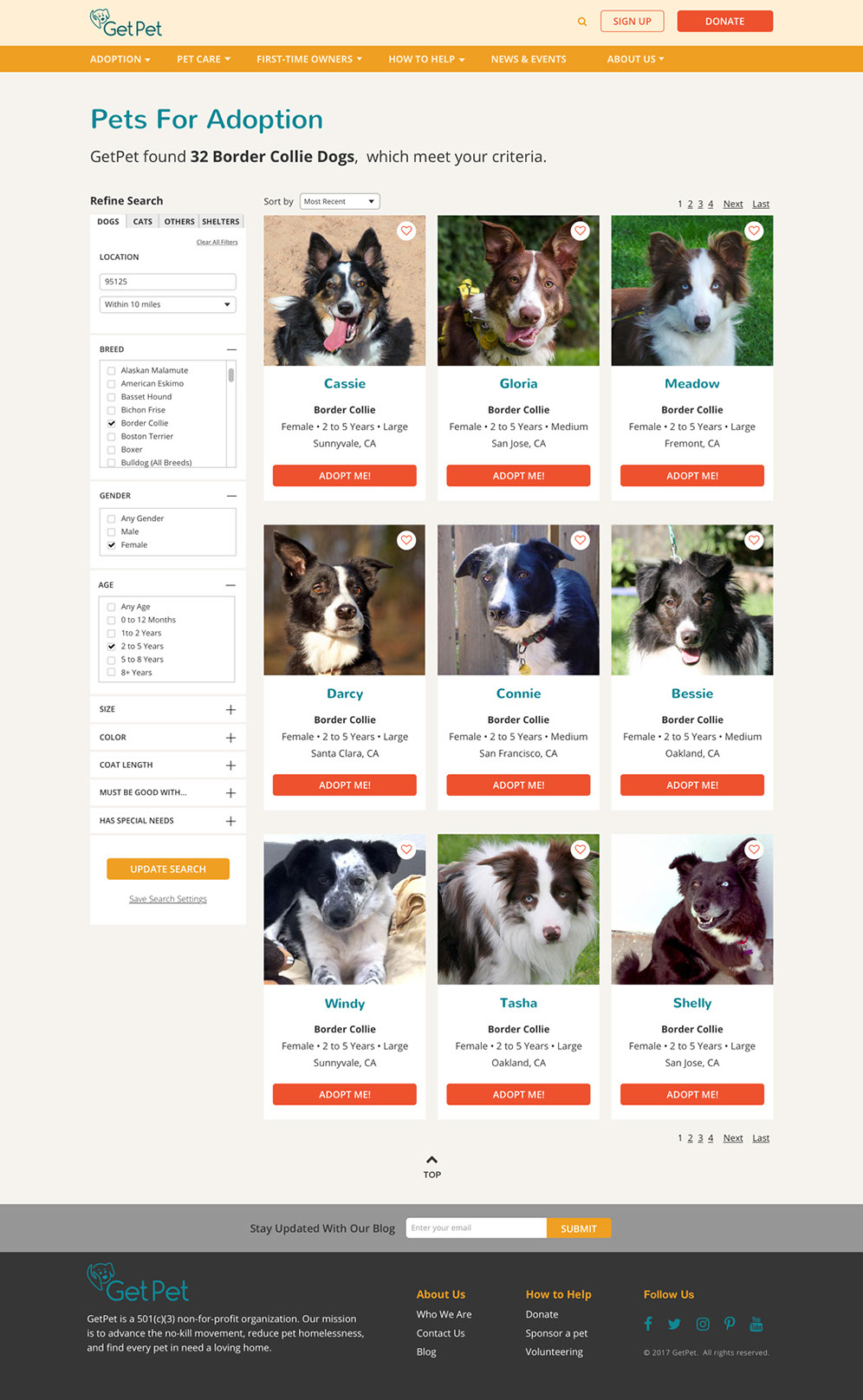 What is your happiest memory of the UX Academy experience? And what was the most difficult moment?

Receiving positive feedback, and messages with kind words about my work made me very happy. These came not only from my mentors but also from other students, and they gave me real support and confidence.

I almost didn’t have difficult moments, except for when it was hard or scary to say something in English during the Group Crits. Some days I was able to overcome this fear, but others I wasn’t.

Certainly I wouldn’t have achieved all that I have without the support of my best friend and first adviser—my husband—who kept working hard and paid for our living expenses while I was studying.

I can only repeat a tip which Chris gave me. You have to apply for 30-40 positions per week, and don’t pay attention to rejections. That last part was super hard for me to do, because the more you apply for, the more you get rejected. But remember that’s OK—just keep going!

I sent about 250 applications in three months. Sometimes I thought I could never break through the wall of rejections, but Chris told me again and again, “Keep going!”. And he was right: I landed a job as a UX designer.

Also, to cheer myself up I often hummed Pink Martini's song “Hang on Little Tomato”:

...You gotta hold on, hold on through the night
Hang on, things will be alright
Even when it’s dark
And not a bit of sparkling
Sing-song sunshine from above
Spreading rays of sunny love
Just hang on...

Any advice for people in their 40s or 50s who are considering a career change?

It’s hard to give advice to people in their 40-50s because, particularly by this point in life, people have their own deeply different stories and life experiences. And in many ways, the decision to change career will depend on your personality.

For example, before UX Academy, several experienced designers told me that I should stick to what I could do (editorial design), and that it was too late for me to learn UX design. But I am stubborn, and if I want something, I’ll always see it through.

At the age of 50, you do get tired more often than when you were 30. You get used to a job and a way of life, and find lots of excuses not to change anything. But if you commit to a career change, you can do it.

A project from Phase 1 of UX Academy—problem-solving an imaginary time-travel app!

Tell us about the UX design job you recently started! What kind of work are you doing on an average day?

I do exactly what I wanted to do: it is a mix of UX and graphic design. When I started the job, most of the screen designs for the app we are creating had already been done. But there is still a lot of work to do, and I’m learning a lot about working with product managers and developers, who are deeply involved in the process.

For example, since we’re working on a brand new app, there are still lots of changes requested to the user flows. Based on that feedback, we create new screen designs, edit our existing ones, and fix errors.

Another part of my job is to redesign the company payment product. For that aim, our team conducted interviews with stakeholders and customers. We have tons of information, and now we're working on synthesizing it to define pain points, tasks, flows, etc.

The next part is graphic design. I design the company white paper, landing pages, diagrams, icons, and do some image manipulation in Photoshop.

Have the skills you learned on UX Academy prepared you for the role you’re now working in? What areas or challenges have taken you by surprise?

I use all of the skills I learned in UX Academy: to ask the right questions during stakeholder interviews, to put yourself in the user's shoes, and to explain clearly why you made a particular design decision.

As for challenges, I was surprised by how many tools (like Zoom, Jira, different task management tools, lots of Sketch plugins) and special words and terms (for example, meaning of log, JSON, API) I have to learn in order to communicate at the appropriate level with devs, product managers, and other stakeholders.

What are your aspirations for the next 2-3 years as a UX designer? What opportunities do you see ahead?

I want to grow professionally and keep learning as much as I can, including becoming more fluent at speaking English. Thank you, Designlab, for the strict schedule, effective program, super friendly Group Crits facilitators, and terrific mentors!