This month, we’re talking to Peter Javorkai, a UX Academy graduate who previously worked as a digital expert in advertising and marketing for a multinational agency.

Working both client-side and agency-side, he spent six years in the role before deciding to enroll with Designlab. Read on to learn about Peter's experience of the course, and to find out what he did next.

Why did you decide to join UX Academy?

I want to solve real human issues in my work, and not just to do something for the sake of it. As for what attracted me to UX, I’ve always had a genuine instinct to learn new things. I followed many design blogs and also read so many articles about it that at some point I really wanted to be in this community of professionals, who create amazing products and help people through technology. I had web design and coding experience as well, and these were definitely part of it.

Would anything have prevented you from enrolling?

I enjoyed the agency life and the flexibility inside the sector. Actually, I wanted to join the first UX Academy cohort, but at the time we had so many client projects on that I couldn't make it. I'm really happy with my decision to wait, because it meant I could finish the program and commit all my energy to it. I’d have hated to regret missing something because of time constraints or other duties.

Did you have any fears before entering the program?

I'm not a shy person, but I still had some concerns before starting – like, how would I get a job? Would UX Academy be enough as preparation for a new role? How would the whole group learning thing work out? Would I get a nice mentor? And so on. I definitely wondered if it would be worth it, or if I was just going to be wasting my time. 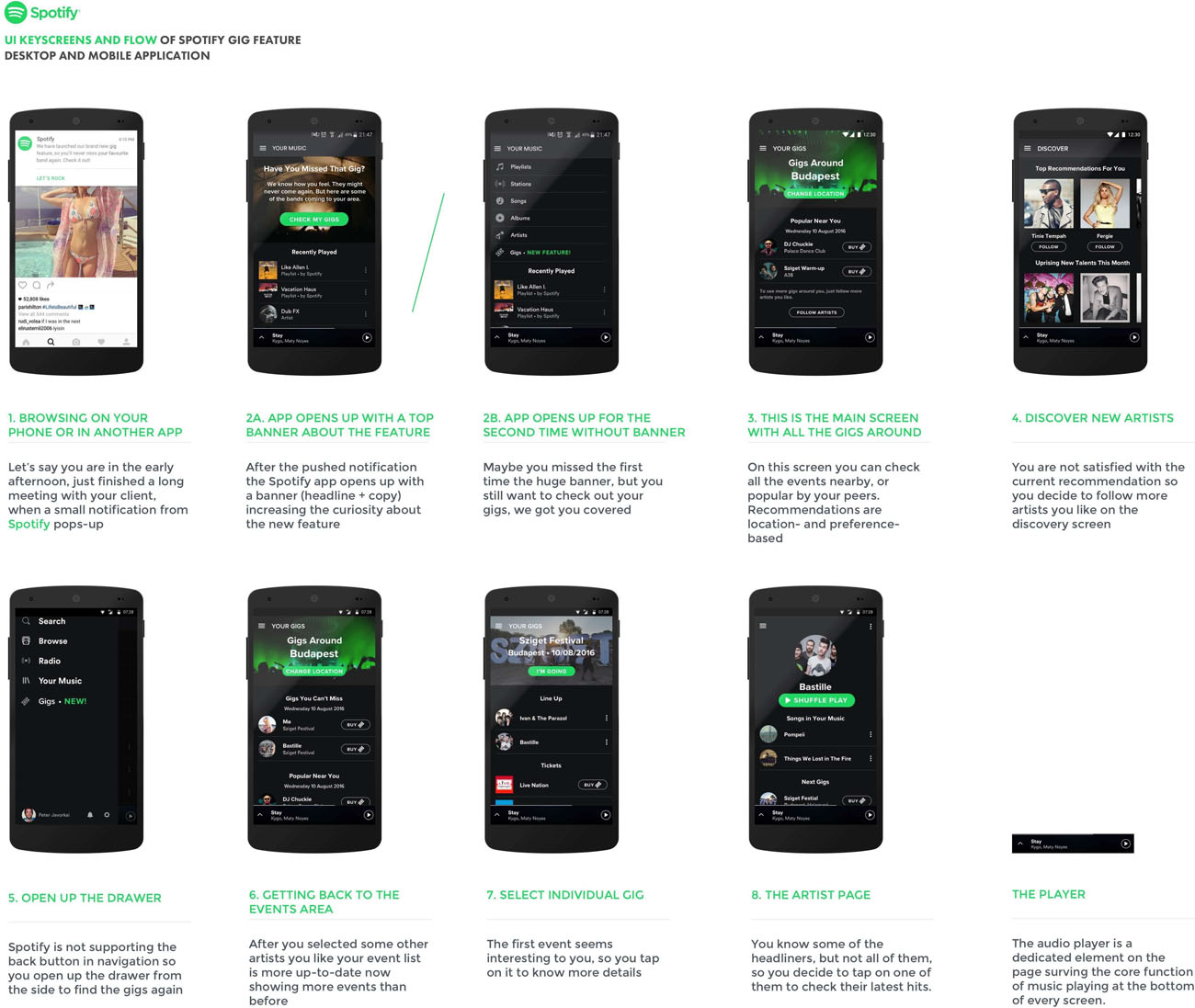 So how did it go? What did you think of UX Academy overall?

At the beginning of the program, I was really shocked by the amount of hours we had to put into the projects. Everybody struggled to finish on time. But later, we found some rhythm as a group and began to help and support each other more. This helped us to enjoy the experience even when it was challenging. Personally I liked every single bit of it because we got an equally balanced knowledge of both theoretical and practical parts of UX design.

Did you experience any difficulties that you hadn’t expected? Or any nice surprises?

There’s no getting around that it’s a big challenge to tackle the whole course, even if you are doing it well. I think I was competing with myself along the way to deliver better and better work in each module so that I could feel proud when presenting to the other students. At first I was worried about mentorship and the group critiques, since I'd never been involved in anything like those before. But it turned out that these elements in the course helped me a lot, maybe more than any other aspect of the program. Special thanks to my mentors Chrissy and Vibhas, who really helped me to make my work better.

What was your favorite part of the course?

My favorite part was the group hangouts that took place on a Saturday or Sunday. Everyone showcased their work and explained their design decisions to the others. I think we learned a lot from each other. Sometimes we even stayed after the scheduled time just to finish a story or to share thoughts about a problem we were facing.

What recommendations would you give to current or future UX Academy students?

GO HARD! Approach the units with a never ending willingness to experience something new, whether it’s a new tool, technique, or tutorial. Also, I think it's important to be open-minded and stay active with other students on the Designlab Slack groups. That way you always feel you are a part of something evolving.

How long after completing UX Academy did you start your first job? What was it?

I got a job offer from Adidas just before I started my second capstone project on UX Academy! I now work in Amsterdam as a UI designer for Adidas’s global UX design team. 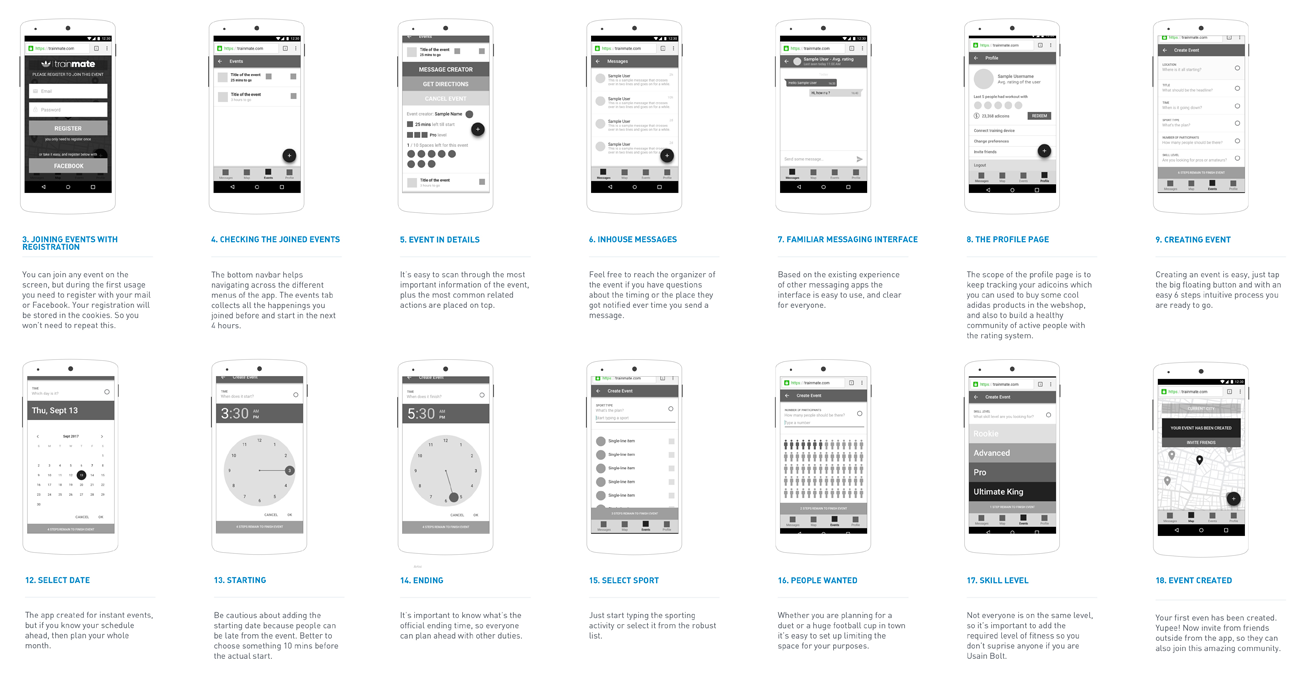 Some of Peter’s wireframes from Phase 2 of UX Academy

What skills did you develop in UX Academy that are serving you well at Adidas?

One really important thing is the lingo. Whether I'm talking with developers or other colleagues in the field, I need to express myself effectively. I'm happy that I picked up so many terms during the course. It's also important that I got an overview of the whole UX field. It means that I understand how the different disciplines are working together in a team like ours at Adidas.

What skills are you hoping to work on in the future?

I'm going to work on my animation skills with Principle, and also extend my design knowledge into VR and artificial intelligence.

Any advice for individuals considering a transition into UX?

Read UX-related blogs and magazines, and follow UX professionals on social media. Their opinions are shaping the future of our profession, and it's never too late to jump in. For anyone thinking about enrolling in UX Academy, I’d recommend that they get familiar with design tools (Sketch, Invision, Photoshop, Illustrator, etc.), at least to a basic standard. During the course there is no time to learn the basic “how to draw a shape” type of skills, so you need to be ready to get right into projects.

Would you recommend UX Academy?

Absolutely! First because it’s not “just” an online course where you can learn at your own pace. By taking UX Academy you’re joining a community of students and mentors who help each other, even if you are thousands of miles apart. It also means that you’re one of those people helping others, so you can feel you are adding to the community too. And second, because before I enrolled I searched through a lot of similar courses, and no-one offered such a complete UX program as Designlab.

Thanks for talking to us! Any final thoughts?

I’d just like to say thank you for putting together the program, and offering such great support when we had questions. I think the whole cohort could see the course developing and improving as we moved through the different modules. I could see the material being optimized to make it as useful as possible to graduates in their new jobs.