Going back to school with two young children at home is no easy feat. But when you land a high paying job at a global ecommerce company only two weeks after graduating, it’s worth it.

“UX is more of a career ‘push’ from graphic design rather than career ‘change’ for me. It's different, but more dynamic, and I think a normal next step for designers.”

While Sivan wasn’t eager to take out a loan for tuition, she knew the return rate was worth it.

“I'm not much of a school person—and I knew my time and schedule would be tight—but I also knew I had to do this for myself, my family, and my career if I wanted to grow.”

After receiving support from her husband, Sivan made the decision to enroll in our UX Academy program.

“I had a very positive experience with UX Academy. I really felt confident in saying ‘I'm a UX/UI Designer’ after the course because I felt well trained and educated properly.”

Here were some of Sivan’s favorite parts: 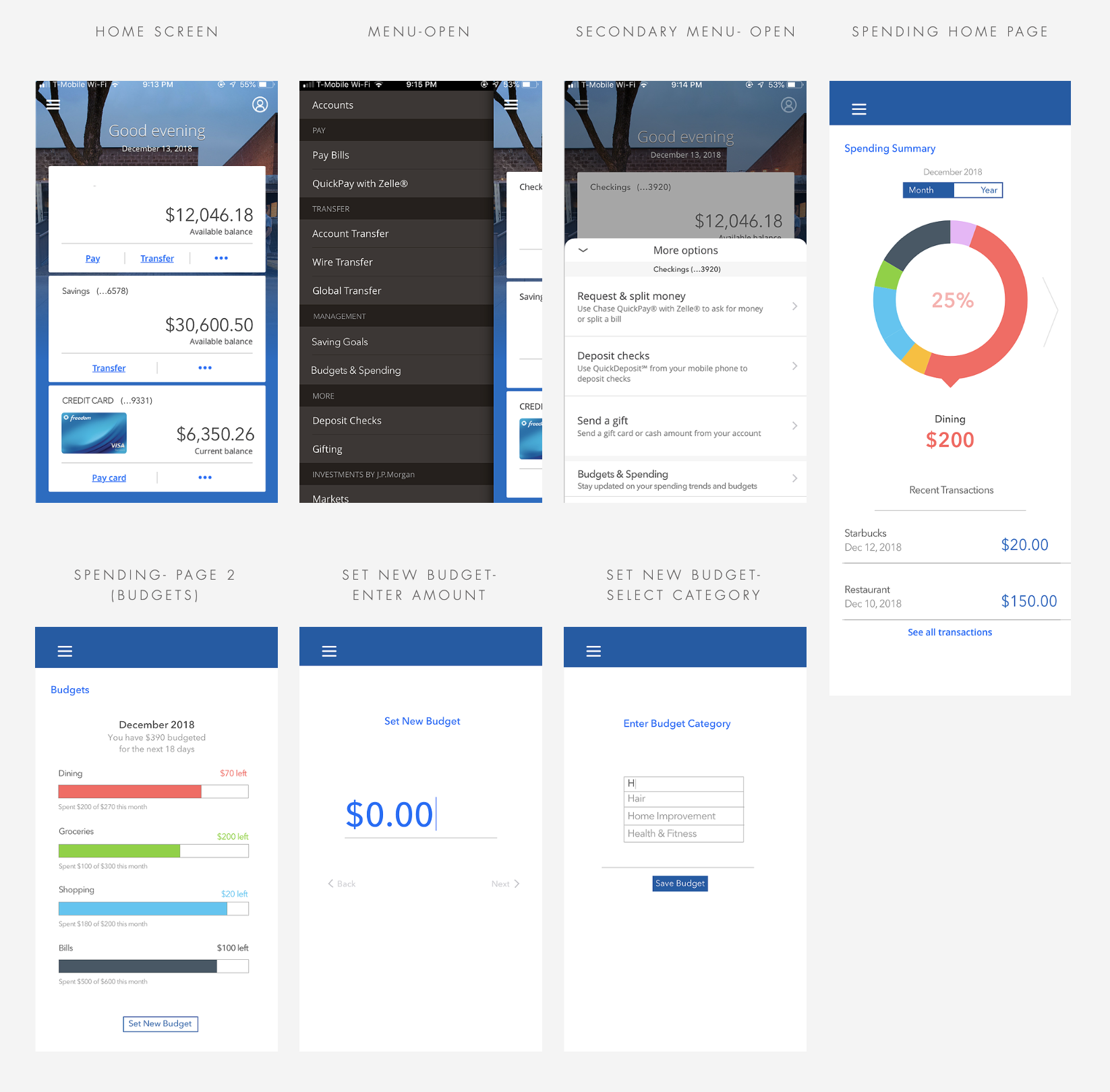 One of Sivan’s UX Academy capstone projects: adding a new feature to the Chase mobile app!

A typical day in Sivan’s life while taking the course looked like this:

So how was it to be managing such an intense schedule?

“I definitely found managing my time hard, but I got through it by being in touch with my mentors regularly. The Designlab team was extremely helpful and gave me the time I needed to succeed. I really appreciate that there wasn't any consequences of falling a little behind, because I knew I could do it and just needed the extra time.

“I loved every step of the course and am proud that I completed it and moved on to the next chapter of my career! I've already suggested the course to multiple friends who were interested.”

What would Sivan’s number one piece of advice be to prospective and current UX Academy students?

“Work ahead as much as you can, but also don't burn yourself out. Designlab is here to help you succeed and communicating is the best way to make that happen. If you need help or assistance in any area, reach out. Reach out to the staff, other students, and network to others around you.”

We agree. Reach out any time—we’re here to help! 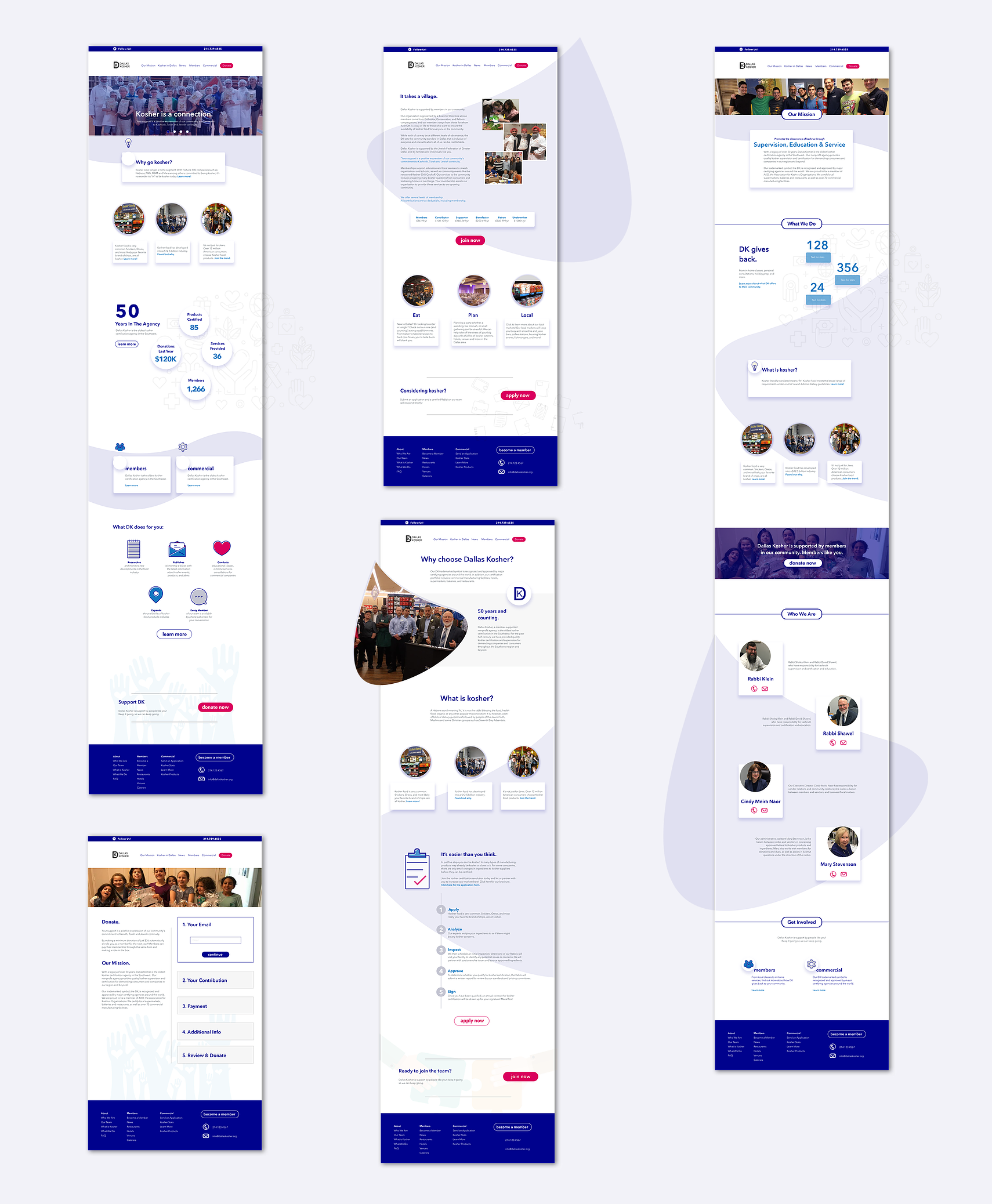 Building out a desktop site in another of Sivan’s capstone projects.

Sivan’s life looks a bit different after graduating from UX Academy. She landed a position as a User Experience (UX) Architect at Rexel in Dallas, TX, and is no longer a stay-at-home mom juggling school and freelance work.

“Starting off was intense because Rexel is a very large company with so many different departments and employees. Their structure was hard to get used to at first but it didn’t take as long as I thought to become familiar.”

She was initially brought in to create a master UX Sketch library based on the company’s website that the UX Architecture Team could use. After about a month, she then began working on what would become her daily tasks.

“Since Rexel is a large, multinational company, they have a different person hired for almost every role. I wasn’t used to this at first, since I’ve worked at smaller companies before, and especially with freelancing, it’s more common for people to wear multiple hats. But since UX Academy had us go through every position as one person, I was able to understand all of my new co-worker’s roles better.

“I also felt I was able to take on more responsibilities since I was prepared to handle different levels of work beyond my designated role of a UX Architect. I work with multiple Product Owners, Business Analysts, Managers, Technical Analysts, Team Leaders etc., which all our designs have to be approved by. Rexel has teams in more than 10 countries that we are working together daily with.”

As a UX Architect, her main job is creating wireframes. Other responsibilities include user research, usability testing, A/B testing, and UI design. 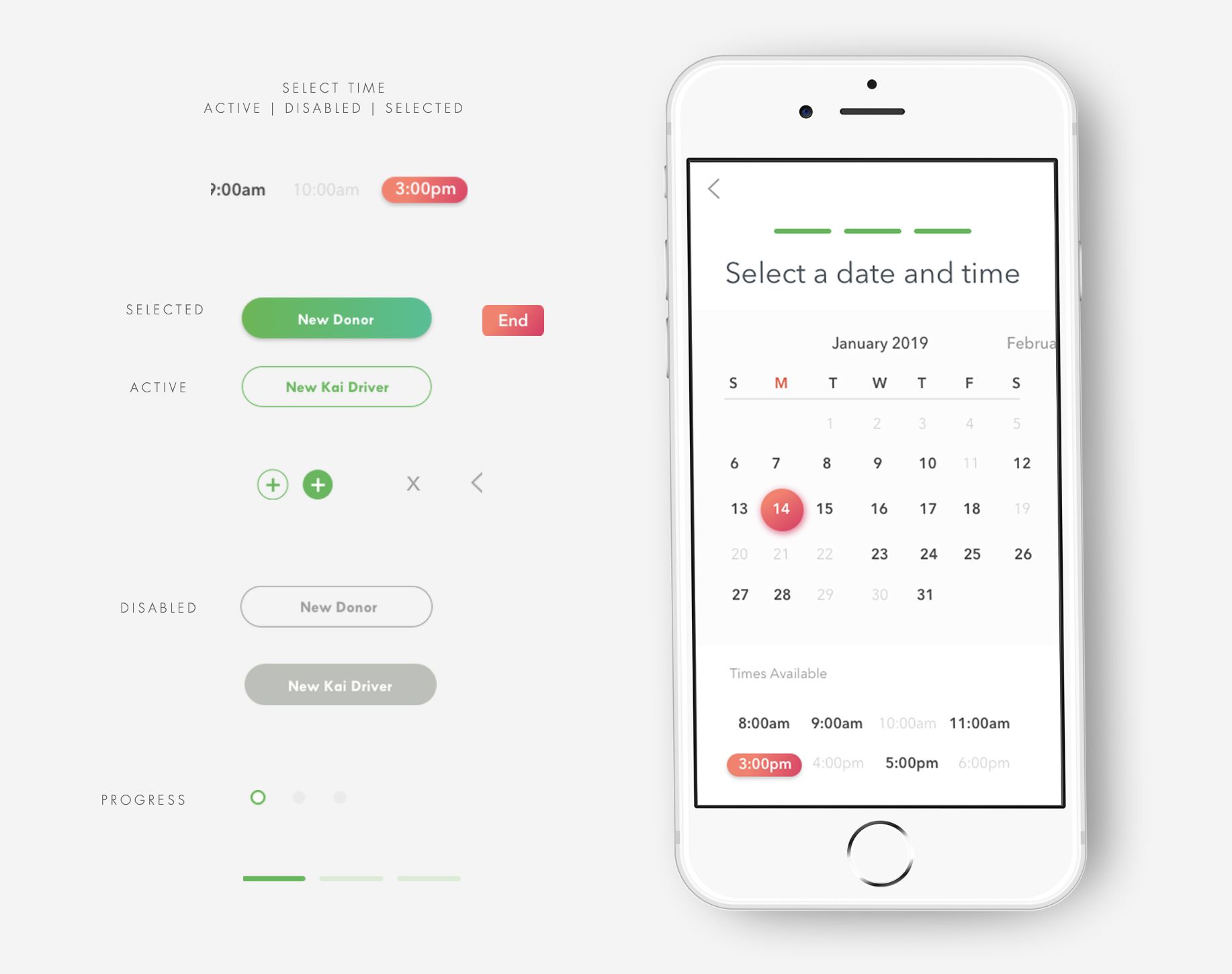 Part of Sivan’s UI kit for Kai, a mobile app to connect food donations with shelters.

“UX Academy definitely prepared me with in-depth knowledge of user research, wireframes, handoffs, software (like Sketch), and even how to properly present my designs.”

Thankfully, Sivan’s new career hasn’t stopped her from being able to spend quality time with her children, as Rexel is flexible with working remotely.

“Flexibility was definitely a key criterion for me at a new full-time job since I do have small children, causing my schedule can change constantly. The jump from freelancing to full-time was a change but Rexel has been very flexible. I’m not the type of person to be at a desk 9-to-5 and have the exact same schedule every day. However, I’ll do what it takes to get the work done.”

Want to follow in her footsteps? Check out our top-rated UX Academy program and grab your free syllabus!