It’s pretty unusual to find someone who enjoys critique.

Not only can it be difficult to figure out how to improve a design project in response to others’ critiques; it can also be pretty uncomfortable to see our hard work taken apart, however lovingly it is done. In fact, we collectively dread critique so much that we have created a euphemism for it: "feedback" (...as if changing the name of the medicine will make it taste nicer).

In this article we’ll look at what critique is, why it matters, and why we should all learn to love and cherish it. We’ll explore what is involved in conducting a good design critique, and outline some key principles for how to give good feedback to others. In conclusion, we’ll offer a few words on how to receive critique well, and look at a 10-point checklist to help you next time you’re invited to comment on somebody’s work.

What is critique, and why does it matter?

The Online Etymology Dictionary has this to say about the word “critic”:

1580s, “one who passes judgment,” from Middle French critique (14c.), from Latin criticus "a judge, literary critic," from Greek kritikos “able to make judgments,” from krinein “to separate, decide” (see crisis). Meaning “one who judges merits of books, plays, etc.” is from c. 1600. The English word always had overtones of “censurer, faultfinder.”

The word “criticism” is also related to “discernment” (which comes from diakrinein in Greek, meaning to “distinguish” or “discriminate”). We could therefore think of the critic as having two key tasks: first, separating the good from the bad, and second, forming an overall judgement of the work.

Good critique is not just about finding faults. The judgements we form can and should cover both positive and negative aspects of the work. As critics, we should strive for fairness, honesty, and empathy. With this attitude, critique starts to look like more of a creative task rather than a destructive one.

When critique is done well, it 1) identifies the strengths of the work; 2) helps to improve the weaknesses of the work; 3) helps our professional development; 4) enhances mutual trust and collaboration, and 5) ultimately helps entire professions like design to advance and grow.

In short, critique matters because it enables us to improve our work.

To help us understand the difference between good and bad critique, let’s take a look at an example of each. Here we have a spread from a book, followed by two possible critical responses to it. 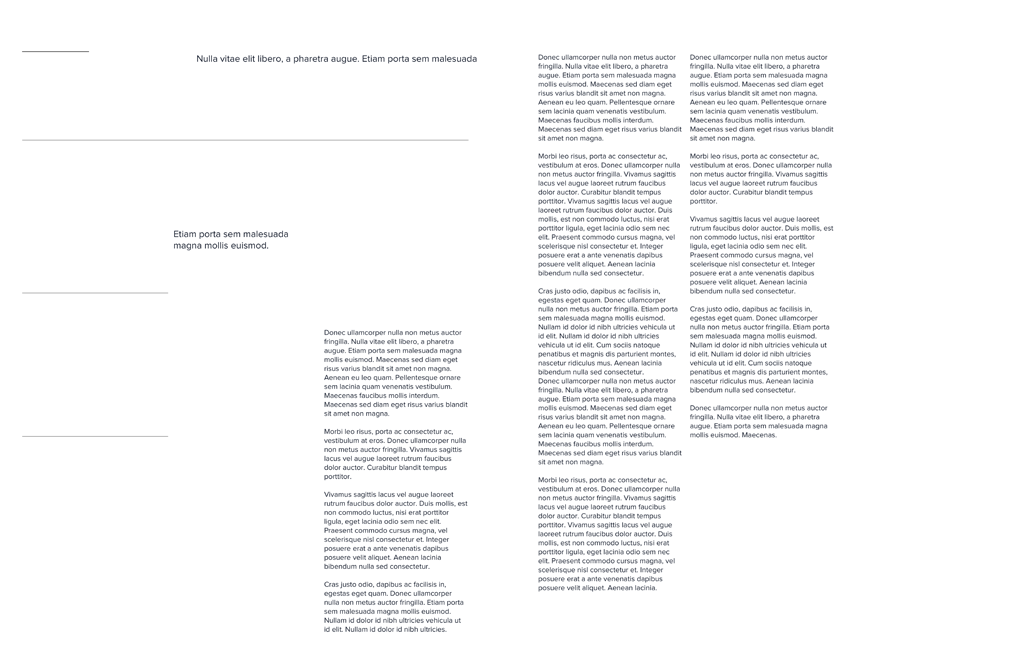 Rivers between columns
Font is crazy small!
Font too light
Too much whitespace — look at my project!
Poor font choice — try a serif
Margins too small

Hey! Thanks for asking me to take a look at your draft. I really enjoyed reading the chapter you sent me — lots to learn there and it’s going to be a great book when it hits the market.

Anyways, here’s my feedback on the points you asked about:

— Layout: I like it — it’s fresh and minimal, which is just the right look for the book’s subject matter. I was wondering if there’s *too* much white space though?

— Typography: I found the body text pretty hard to read. Given the size format of the book, the text is set very small and in a very light weight. Did you consider any other typefaces?

— Use of columns: I think they will work okay once the typography is tweaked. At the moment the rivers of whitespace between columns are a bit distracting. Did you see that article on Designlab the other day about calculating gutters and margins? Man, I love those guys!

Hope that helps! The illustrations, by the way, are looking fantastic (are you going to offer them as prints? You totally could!)

Let me know if I can help with looking at the next draft. :)

Before reading on, compare the two critiques above and write down five ways that they are different from one another.

Something you might have noticed about the example of good critique above is that it uses questions to raise awareness of a problem and invite a response. Named after the philosopher Socrates, who used the technique with his students, these are often called “Socratic” questions.

Socratic questioning is based on the idea that we can maximize critical reflection by asking searching, open questions rather than by telling people the answer that we have in mind. So instead of saying “this logo doesn’t meet the brief”, you could ask “how do you see this logo relating to the original brief?” and instead of saying “I think you should pair a serif and a sans serif for this project”, you could ask “what would an alternative font combination be?” This might inspire solutions that neither person would have thought of independently.

Good critique sits between extremes of negative and positive

In general, the difference between good and bad critique is that it sits between extremes of negativity and positive (think of Goldilocks, who tried porridge that was too hot and too cold before finding the one that was just right).

Each row in the table below presents twelve different aspects of critique. The columns show how it’s possible to handle each aspect of critique in a way that is too negative, too positive, or “just right”.

How to receive critique well

Understanding good and bad critique in this framework not only helps us to give better feedback to others; it also helps us to assess critiques of our own work.

We can now identify critique that has really engaged with the strengths and weaknesses of the work, and formed a considered judgement. We can also spot critique that has failed to engage with the brief, is unconstructive or too one-sided… and when the critic was just in a bad mood (it happens to everyone).

There’s one challenge left for us to consider, though: how can we receive critique well? It can be difficult to see our work being taken apart in front of us, particularly if we’ve put a lot of ourselves into the project.

When our work is questioned or criticised, it’s tempting to become defensive. It’s natural to feel loyalty to our work and to our design decisions, but in order to grow and improve, it’s crucial that we recognize the value of critique, and that we seek feedback and are genuinely open to receiving it.

A strategy for overcoming the defensive instinct is to explain rather than defend:

Here’s a summary of some further important principles for receiving critique well:

When to disregard feedback

We should listen carefully and respectfully to all critique, but there will always be occasions when we need to quietly meet some critics with a “thanks, but no thanks”. Similarly, there will come a time towards the end of every project when feedback is simply disagreement rather than critique. We all know when we’ve reached that stage, and it’s then that we have to keep faith in our ideas, the process we have followed, and the way we have crafted our work.

Pro tip: how to accept praise

Quite a few of us find it almost as hard to accept praise as we do to value critique. Ever had this conversation with someone?

“—Hey! I’ve just been to the exhibition and saw the final version of that poster you were working on. I love it! The final colour scheme worked out so well. It was the first thing I saw when I walked in the room.”

“—(looking down, shaking head) Aw, nah, it was okay I guess but I still wasn’t that happy with it. Guess I’ll keep trying…”

It can be tempting to downplay our achievements. Sometimes this response comes from a good place — for example, not wanting to seem full of ourselves. But more often it comes from a bad place — a lack of belief in our work, or too little regard for our own efforts and successes.

If you often find yourself responding to praise in this way, there is a simple disputing behaviour you could try adopting. It doesn’t even require you to agree with the praise (though hopefully that’s something you’ll come around to).

By just standing tall and saying “thank you”, we give ourselves the opportunity (probably while lying awake) to reflect properly and allow ourselves to think that the praise might be justified. Importantly, by accepting the compliment, we also express respect for the person who has chosen to engage with our work and support us in it.

Before we sum up and take a look at the 10-point checklist, a cautionary tale about how critique can backfire.

In 2006, Flickr user André Rabelo uploaded a photograph to the Flickr “DeleteMe” pool, where users leave critical comments on submissions and then decide whether an image is good enough to stay in the pool. Rabelo’s image didn’t go down well: it was deleted from the group, but not before attracting these negative comments:

— yeah and? grey, blurry, small, odd crop
— nicely composed, but blurry
— so small. so blurry. to better show a sense of movement SOMETHING has to be in sharp focus

The only fly in the ointment for the photo’s critics was that the image in question wasn't by Rabelo at all. It was, in fact, a celebrated 1932 shot by Henri Cartier-Bresson, often described as the father of photojournalism. Rabelo revealed his hoax, and the internet laughed. (A few years later the photo sold at auction for $265,000.) 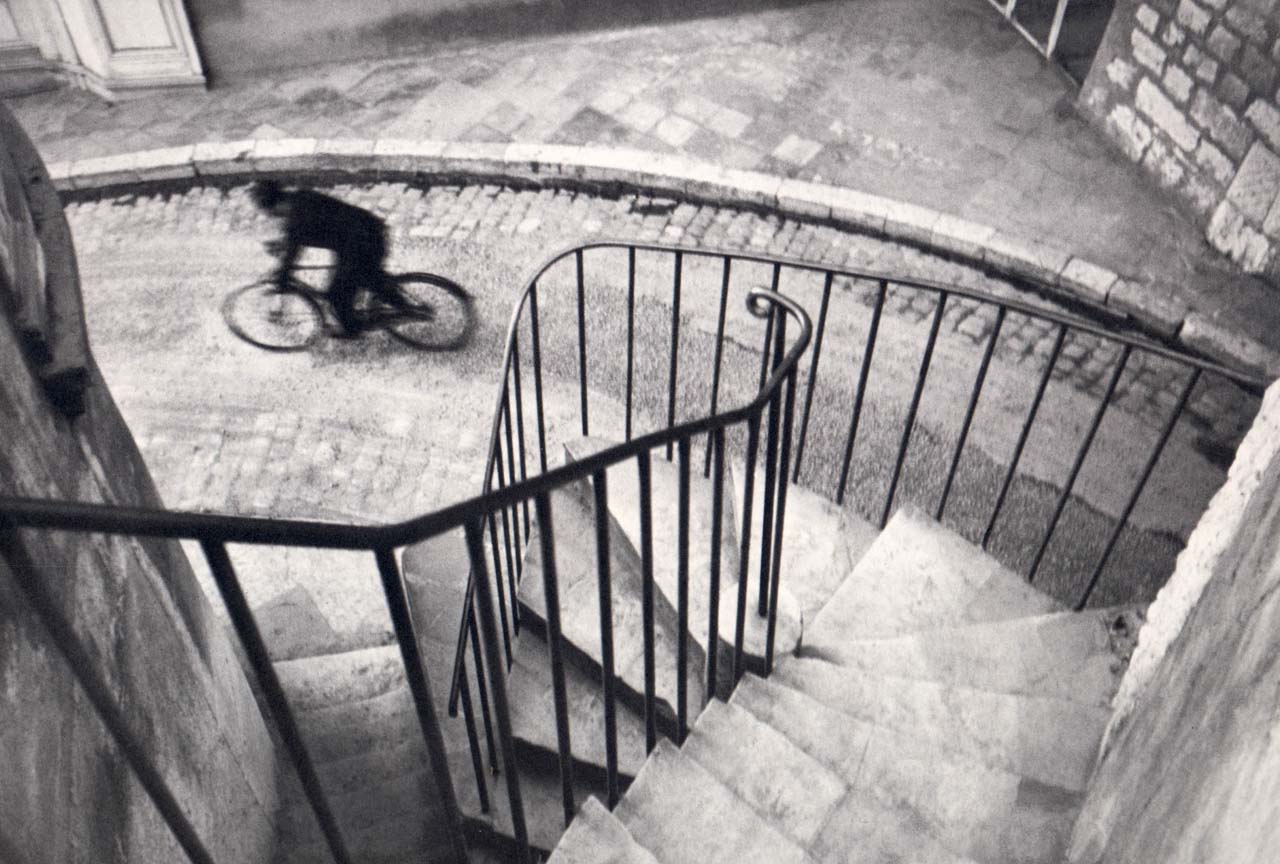 What’s the moral of this story? After all, we’re all perfectly within our rights to form an opinion about a work of art, even if it is by a celebrated photographer. No work is beyond criticism, and none of us is under any obligation to like a work of art just because it is famous.

But that’s not really the point. The lesson is a simpler one: if we are unaware of the limits of our own understanding, then our critique is likely to be of little value to others. The critics on Flickr were likely good amateurs who had learned the basics of good photography and the essentials of how to use photographic equipment.

But this had led them to a limited grasp of the work in front of them. They saw the image primarily in terms of its technical aspects (blur, focus, grain), but were unable to consider the bigger picture. This shows just how important it is, when conducting design critique, to ask questions of the designer, find out the brief, and assess the design against its goals.

The rules that help to educate the student are ultimately there to be broken. Cartier-Bresson is celebrated precisely because his mastery of the art of photography was such that he knew when and why rule-breaking was called for. As a result, he expanded the horizons of photography as a medium.

In this article we explored how the critic has two key tasks: to separate the good from the bad, and to form an overall judgement on a work. We took a look at the qualities of good critique, and described it as occupying a middle ground between the extremes of negative and positive.

But if you take just one thing from this article, it should be this: just as iron sharpens iron, we as designers and design students should seek feedback and provide quality critique as often as we can. By giving and receiving critique in a spirit of generosity and good faith, we will help each other to improve our craft.

Want to learn more about design? Designlab offers a range of short courses in Design 101, Branding, UI Design and more. We’re also enrolling for our next UX Academy cohort — but places are limited! Click here to find out more.